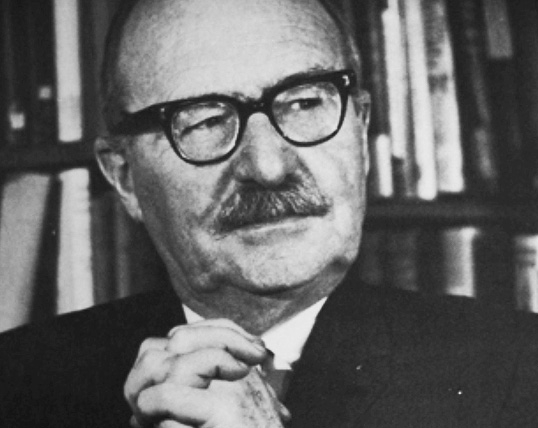 A noted Shakespearean scholar and writer, born in Hove, England. Professor Harrison converted to the Roman Catholic faith and for his work on the International Commission on English in the Liturgy (ICEL), Pope John Paul II made him a Knight of the Order of St Gregory the Great.

GB Harrison (GB) served in the First World War in the Queen’s Royal West Surrey Regiment in both India and Mesopotamia being mentioned in Despatch for gallant and distinguished services in the Field. He obtained a first at Queen’s College, Cambridge in the then New English tripos and taught at Felsted School, Essex and at St Paul’s Training College, Cheltenham before obtaining a position as assistant lecturer in English at King’s College, University of London in 1924.

GB noticed that for those interested in Shakespeare there were no books that were in his words, “cheap, popular and portable”. In 1923 with the assistance of Greening Lambourne he wrote Shakespeare: The Man and his Stage, the first of his many books on Shakespeare and things Elizabethan. From 1937 to 1959 he was the general editor of the 37 Penguin Shakespeare books.

During the Second World War he served both as a Supplies Officer and then in Intelligence. In 1943 he was granted discharge to take up a position as Head of the Department of English at Queen’s University, Ontario, Canada. In 1949 he was appointed Professor of English at Michigan University, Ann Arbor, USA.

In 1964 Pope John XXIII summoned the second Vatican Council to modernize the Church. Both this council and the new Pope, Paul VI desired that when the same language was spoken by several countries, commissions should be established to make one text for all. As a result, the English speaking bishops appointed an International Commission on English in the Liturgy. GB was asked to work on the ICEL’s Advisory Committee which was to organize and oversee the translation work. GB claimed that, “Apart from the problems of time and place, the greatest difficulty was the Latin text. The traditions of liturgical Latin were almost, but not quite, as old as Christianity.” In developing a modern English translation GB and his colleagues had to overcome vicious criticism including those from professional scholars of theology and liturgy.