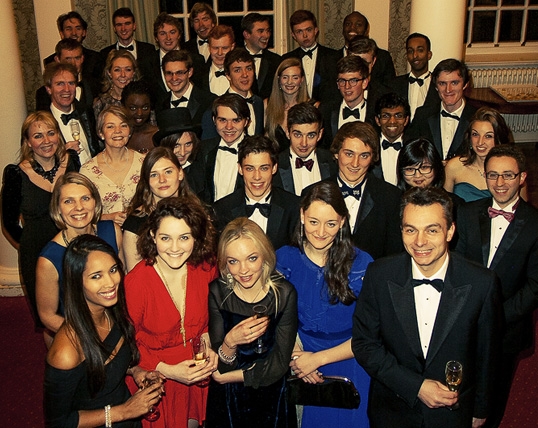 On the back of a record number of offers from Oxford and Cambridge for pupils in the current U6 (a total of 23, with 14 offers from Cambridge and 9 offers from Oxford), the OBs who are currently studying at these two universities came together in the spacious surrounds of Lady Margaret Hall on the evening of Friday 22nd February for the annual Oxbridge Dinner.

They were joined by eight members of current College staff, and conversation flowed as everyone shared news of the developments at their respective institutions. Alan Bird (Head of Sixth Form) thanked the OBs who had given up their time over the past year to return to the College, and provide advice and guidance to the pupils who are currently going through the application process, and encouraged them to do the same in the coming year!

He also proposed a vote of thanks to Mark Beard who, after seven years at the College (firstly as Head of Sixth Form, and more recently as Deputy Headmaster), leaves this summer to take up the post of Headmaster of University College School, London. His work in establishing a structured programme of support for Oxbridge applicants lies at the heart of the College's recent success in this area.