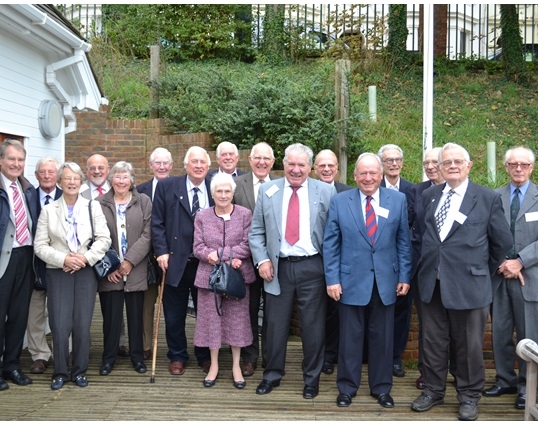 A reunion for those who left Brighton College 60 years ago brought together a number of OBs who had not seen each other since schooldays.

We were a small but select group, and enjoyed a tour of some of the newest buildings, New House, Smith Cafe and Skidelsky and walked past the construction site for the new Music School to the Sammy Woods Pavilion. There we were given three fascinating presentations: Alan Bird told us how the teaching staff have had such outstanding success academically, Paul Westbrook explained how the College can afford a thirty five million pound building programme over five years, and Ian White detailed our international achievement and aspirations.This was followed by a superb lunch which brought the horror of school meals in the fifties into stark relief.