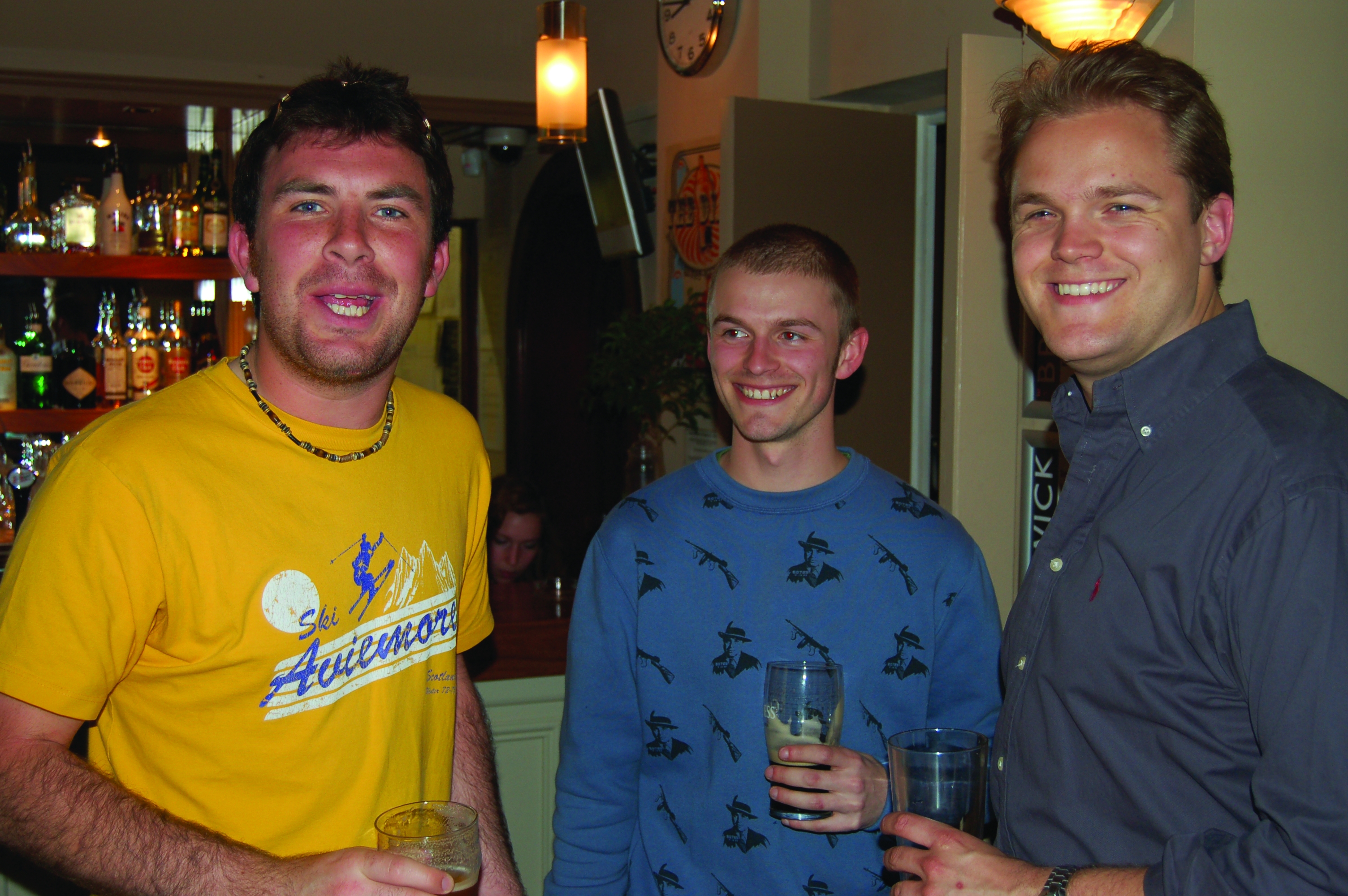 It's difficult to know where to begin with my report on this "reunion". I'm delighted to say that those who actually showed up at The Brunswick on 12th April proved great company. The problem was that there were just 6 of us (and one of us - me - isn't even under 30)!

Jim is off to University to study Special Effects for Film - not the CGI type, apparently, but the good old-fashioned special effects of yore. I've asked him to keep in touch with the Association with regards his endeavours; I think this is a genuinely fascinating industry, and having worked in a very limited capacity in the Film Industry in the past, I'm personally always keen to hear that folk are studying the traditional methods.

Jools arrived straight from work at Abbey National (where the dress code is now very informal, apparently!). Jools went on to Kingston University from the College, and seems to spend much of his time planning his next foreign trip. In his Gap Year he'd been to Australia, and he'll be returning soon to the Southern Hemisphere to play cricket for Victoria University in New Zealand.

Ami and Hannah were our other attendees, and it was great to meet up with these two. I'd met Hannah very briefly at last year's Graduation Reception prior to the Leavers' Ball, and she is now studying Shiatsu massage locally. Ami is at UCL in London, and has a new hat...

We had publicised this event well in advance, both in the magazine and on the OBA website, and then on the fantastic facebook.com resource (where there is a burgeoning group of OBs in the Old Brightonian Group). The feedback we received indicated that this reunion would be very well attended indeed... so what went wrong?

We ask the membership to understand and appreciate that the Association is keen to learn from these experiences, and to that end we ask that we might begin a dialogue with our younger members.

It has been suggested that perhaps the timing of this event was wrong (perhaps we should have done this in the Easter break), or perhaps the location was inappropriate (should we have held this nearer the centre of Brighton... or perhaps in London?).

To further this debate, we take this opportunity to invite these members to engage with the Association in this matter...