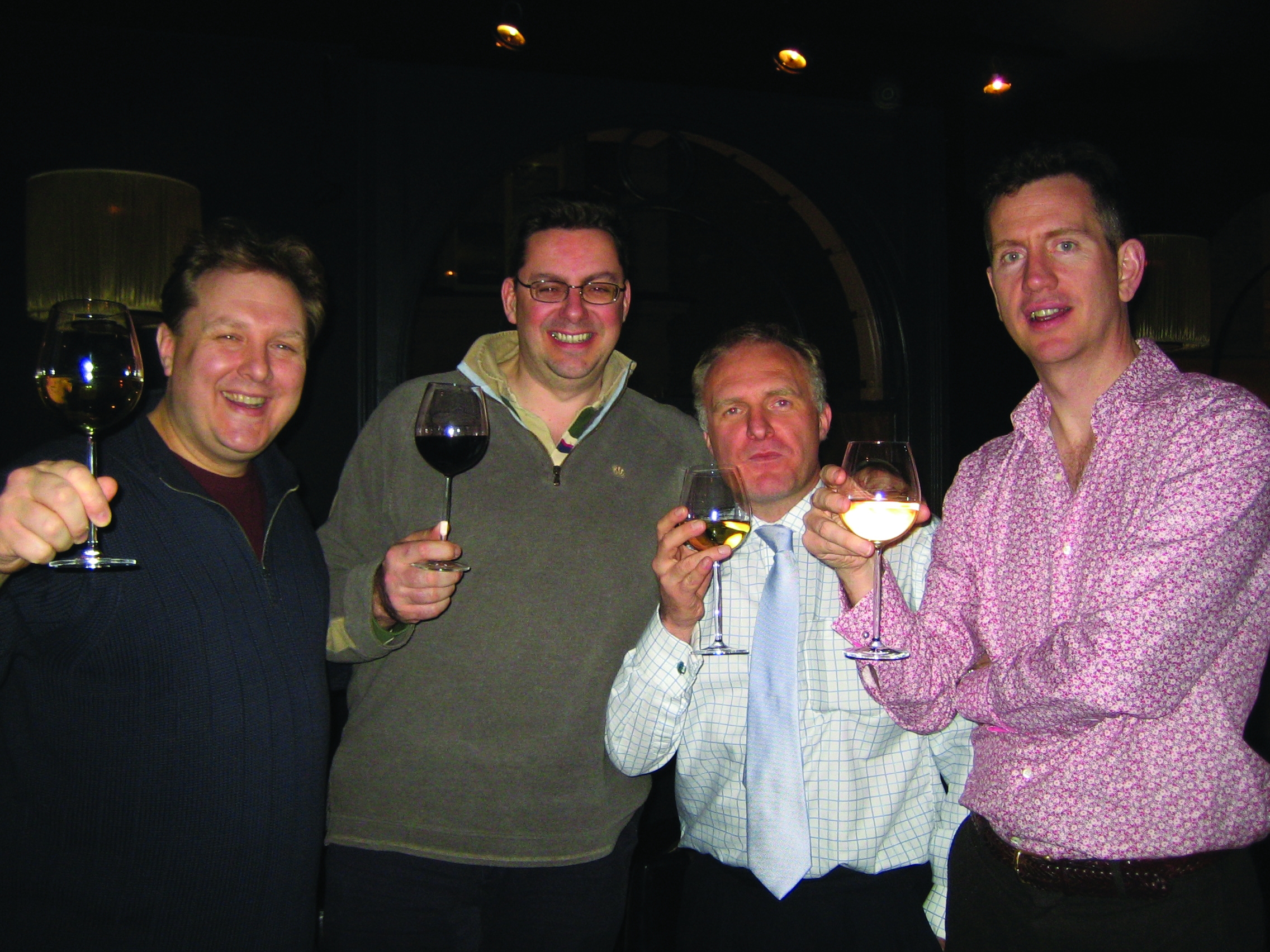 A select gathering of ten Old Brightonians this evening - not the heaving throng we’ve been used to of late, but perhaps the success of the January Drinks (in terms of sheer numbers, at least) had prompted us in our enthusiasm to organise tonight’s gathering a little to soon. Nevertheless, quality more than made up for quantity, and this particular slice of alumni represented some of the most interesting OBs that I have personally had the pleasure to meet.

Here we met two OBs that had been lurking there in the dark waiting for our arrival. David Newman (S. 1955-59) and John Osborne (C. 1931-34) were in town for a City Livery Club event, and we were all delighted to have the opportunity to meet them both. David particularly enjoyed meeting Duncan and sharing tales of derring do in the restaurant business. John is 89 years young (and retains more faculties than Guy and I could muster between us) and was proudly sporting his Chichester Centennial tie.

Both regaled us with tales of The College; John told us about his Housemaster, A. H. Belcher, and the Assistant Housemaster. T. A. "Tubby" Hill. David's Housemaster was Peter Gough, assisted by Norman Frith. David has sent us some wonderful sketches by Tubby Hill (here), that had been given as a prize to the Head Boy.

We were joined by John Nehls (H. 1972-77) who’d come up from Gatwick. It’s always good to see John, he seems never to be without a smile - and tonight was no exception.

After many of the revellers had left for the evening, Duncan, Guy and I were having a last drink before heading off when we were greeted by the biggest surprise of the evening: out of nowhere, unannounced, and "missing in action" for nearly 25 years, Justin Wash (B/C. 1979-84) suddenly appeared and ordered two bottles of Duncan’s finest. We accordingly put down our bags and coats, selected appropriate vessels, and proceeded to aid Justin in his endeavours.

It was terrific to see Justin again; it’s been so long, and he and I were great friends at school (very many otherwise tedious afternoons on campus were rendered hysterical and memorable by his mischievous and irrepressible personality - God knows how he ever became Head Boy). We all noticed that in many respects he appears not to have changed at all.

Again, the Association thanks Duncan for his consummate hospitality. The endless flow of exquisite food, and his determination that no one should find themselves without a glass of something detrimental in their hands, constitutes service above and beyond any expectations we might have of our hosts at these events, and we remain ever grateful to him and his wonderful staff.

Duncan remains keen to welcome us again later in the year, and we all hope that more Old Girls will join us this time. We would have had a few along tonight except for the fact that Amanda Bucknill (nee Cotton, F. 1982-84) was at a Dolly Parton concert, and Carrie England (F. 1982-84) was straightening her hair...