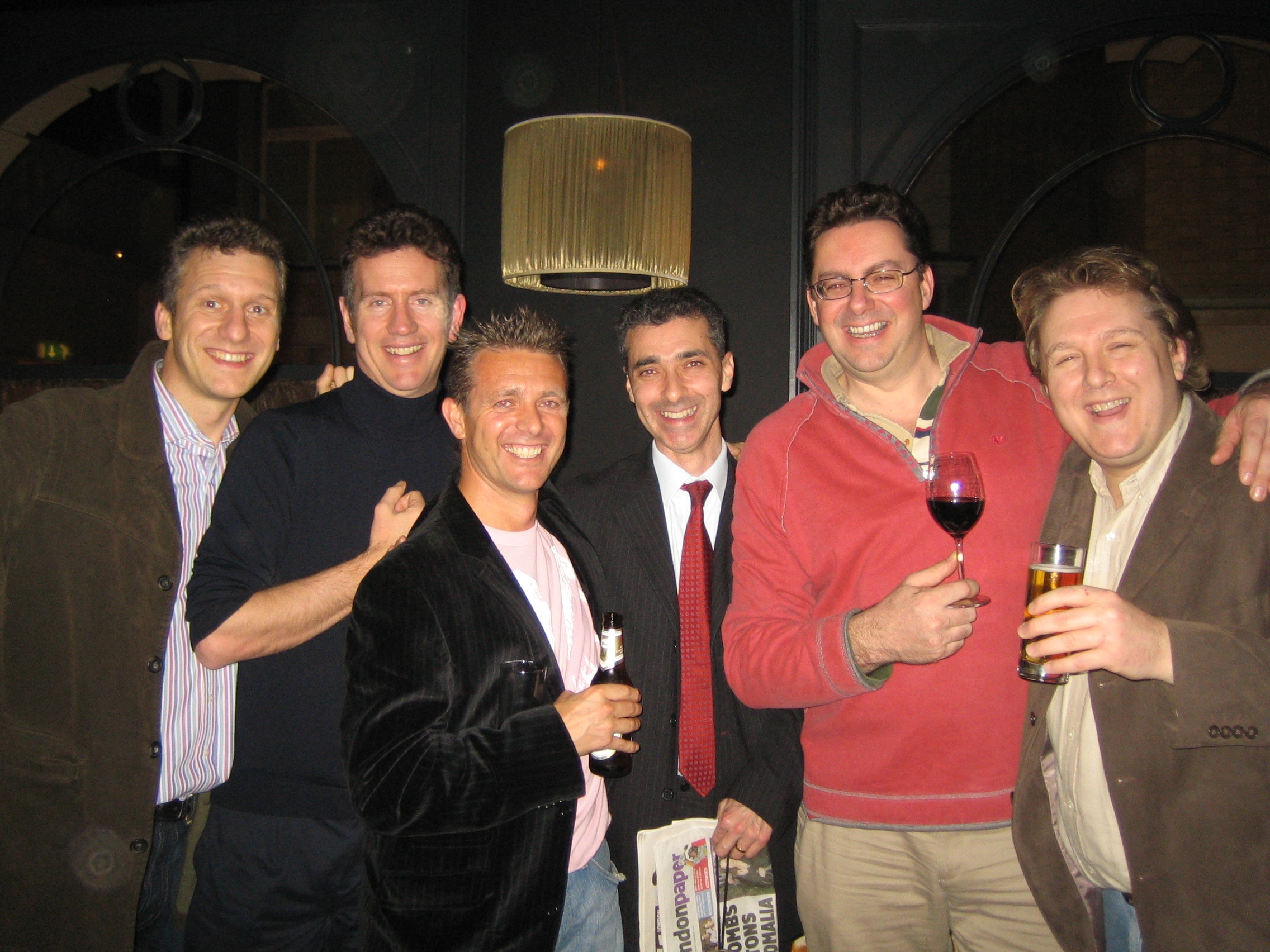 "Come along, it will be great!" If I have heard it once, I have heard it... oooohhh... 7 or 8 times. This time I did come along and, do you know what, it was good. Damn good. In fact the only negative about the evening was the fact that even more didn’t turn up.

Despite some shocking directions, I arrived fashionably late at Duncan Watts' (R. 1979-84) Rocket, EC2, wine bar and restaurant and found myself having to excuse my way through some still fit members of the 1955 1st XV, as one of their number, Graham Appleton (D. 1953- 57), held court.

Gradually, more and more turned up and the chatting groups became more eclectic, as OBs of all ages reminisced about their school years and filled in the listeners on what they have been doing since. The occasion didn’t turn into cliquey male groups standing at the bar discussing the state of English Rugby, Cricket, Soccer (the list goes on), as I am sure some people imagine the evening turning out. In fact it was a very social evening of Old Girls and Boys enjoying the company of people with whom they had something in common.

The evening disintegrated naturally; although there was great concern when Danny Gorton (D. 1981-86 - a man for whom we had previously had the utmost respect), left in some haste in order to get home in time for Celebrity Big Brother. I am told he was quite different at College. He was last to be heard chanting "It’s great; you don’t know what you are missing." Long may it remain so.

The majority of the remaining congregation later repaired to a local purveyor of Asian cuisine (I believe the saying has it... "When 3 OBs shall gather together, so shall they go for a Ruby". Or something to that effect.) And so it was that a quorum found itself at a London Bridge curry house - in fact the London Bridge Curry House - possibly the dampest curry house in London Bridge. For me the evening ended as I charged to London Bridge to head home to the Country, leaving behind my friends, both old and new, as well as the remains of my nuclear-coloured curry. A very good night - only to be bettered by the next "great London drinks event", at which I hope to meet more of my fellow OBs.

A notable apologist was our dear friend Kevin ‘Pants’ O’Mahony (R. 1979-84), to whom we send good thoughts as he deals with his father’s illness.

Adam Goldman (H. 1979-84) writes:
"Expanding waistlines and receding hairlines ... although not me, obviously. It can only be the OBA London drinks on 9th January, graciously hosted by Duncan Watts at his new restaurant and bar in the City. This was a most enjoyable evening, very relaxed and friendly, and it was particularly good to catch up with those in my year whom I had not seen for many years - Ben Stott (mid-way through a mouth-watering career break from the Beeb!), Guy Bradshaw and Joey Appleton. Also Andrew Watts, Duncan's brother, who may last have seen me as a 9 year old! It was a further surprise and pleasure to find John Polsue there, a former colleague with whom I had lost contact. I would wholeheartedly encourage other OB's to come along to future events, even if you can only spare enough time to show your face and say "Hi"."