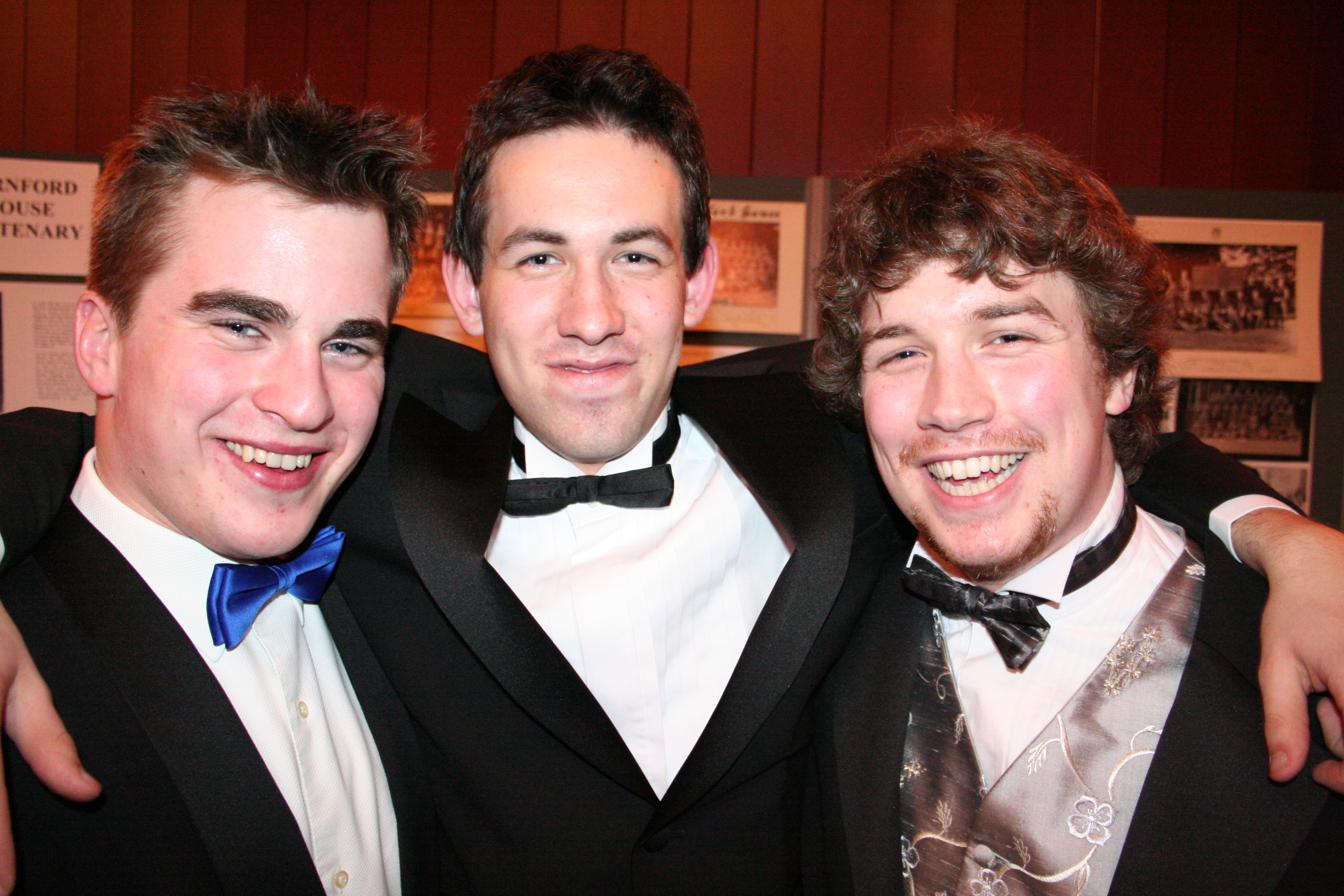 Sunday, 18 June 2006
It appears the House has changed beyond recognition. Durnford in the 1940's and 50's was an unforgiving place with cold baths, fagging and flogging the norm! Indeed it was amusing to hear some Old Durnfordians great each other with the exclamation, "You used to beat me - I was your fag!".

Nonetheless, the occasion was joyous and it was great to see Old Durnfordians from very recent years returning. Kyle Macdonald Wallis (1999-2004) came with a tattoo of the Durnford Dragon on his leg and I cannot imagine you get greater allegiance than that!

Sybil Henderson now in her eighties managed to attend and was applauded by the old boys who had experienced life in Durnford House when her husband Jock Henderson had been in charge.The occasion was enhanced by the Regis Jazz band led by George who desperately tried to get the Old Durnfordians dancing (though there were few ladies present)!

Joyce Heater created a superb display of Durnfordian memorabilia and photos which were much admired and prompted many memories. Peter Withers who was Housemaster of the House in the 1980's spoke insightfully about the importance of Housemastering and the need for the House system to endure despite the greater emphasis on administration and examinations in the present educational system.

Miles King, the present Head of House, gave a pithy and amusing account of recent triumphs and managed to marry the words, "Durnford" and "culture" despite hoots of laughter! However, when he mentioned that he didn't think that Durnford had ever won the House music competition he was quickly corrected by some heckling from the floor!

It was great, too, to see past Housemasters and tutors at the dinner along with the present Senior Management.

It was a tremendous success and the Old Durnfordians promised to return in fifty years time!