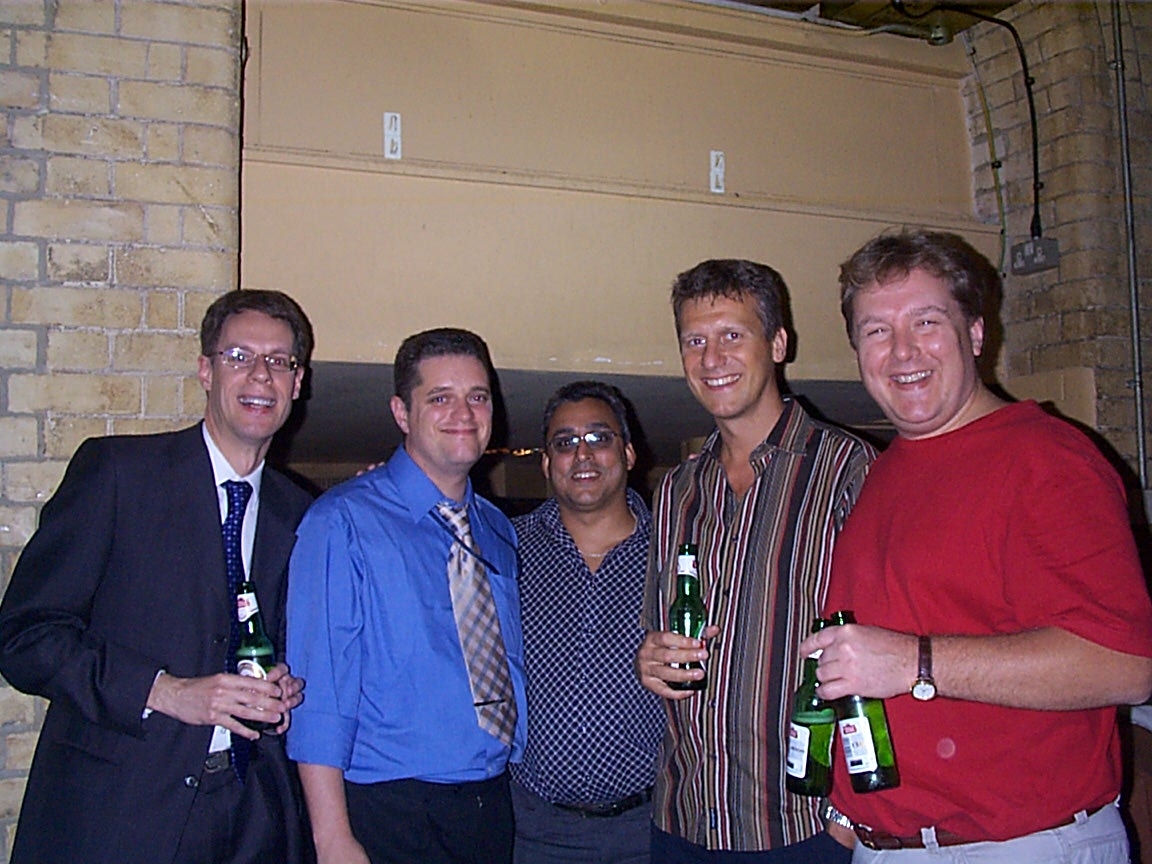 Another bar, another OB gathering for the after work set, and yet again a range of ages covering the last four decades of Brighton College leavers.

It was particularly pleasing to see some of our regular attendees such as John Vadgama (S. 1964-68, left) who was one of four with a 60s vintage, as well as some people who have not been back to the College, or attended an OB event, in years.

Among them, Professor Tony Champion (B. 1959-63) who has now retired but continues to conduct research at the University of Newcastle. Tony told me he has never returned to the College as he is almost never in Brighton, but by chance was in London to speak at a conference. It was a pleasure to meet him.

Also attending his first OB event was Anthony Harris (right), now working for Mercer, who left the College in 1986. In his spare time he is heavily involved in the English Speaking Union and is a judge in the local rounds of the public speaking competition, which the College continues to participate in. I hope he will come again.

When we started these informal gatherings we thought it a success if four or five people turned up. We regularly see between 20 and 25 people, with a good representation of Old Girls. I hope that for our next event, at The International, St Martin's Lane on 11 January 2005, we will see our best ever turnout. Spouses, partners, friends, and family are all welcome to help us kick-start the celebrations of Brighton College's 160th anniversary - and of course a new year!