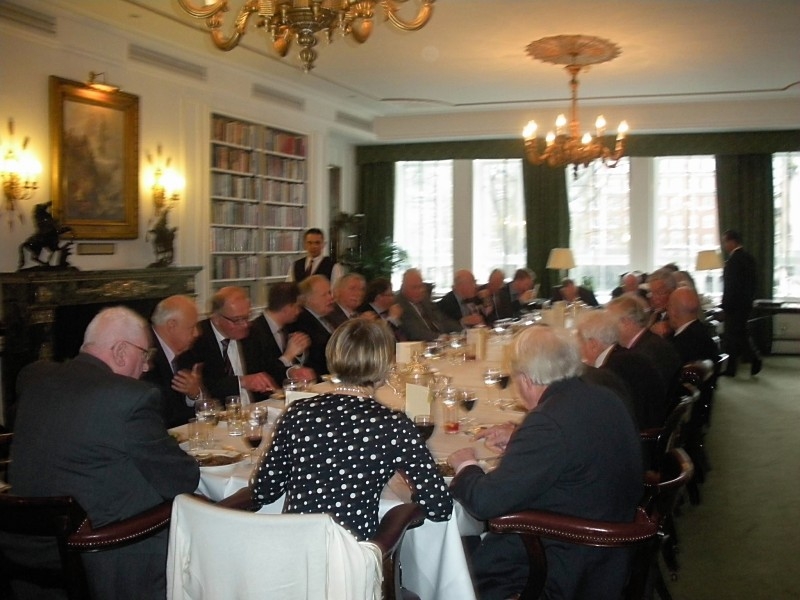 The fifth annual Vice Presidents’ lunch saw us return to the Army and Navy Club, and once again we are very grateful to Peter Miller (C. 1945-49 ) for hosting the occasion and allowing us to enjoy the fine catering and premises of the club.

It was good to welcome the current Head Master, Richard Cairns, who gave a tour d’horizon of the College’s recent achievements, emphasising its current standing, while acknowledging that none of this was possible without the contributions of previous heads (and pupils too, I think!). So it was a particular pleasure to welcome Bill Blackshaw (Head 1971-1987) among this year’s attendees and to recognise the considerable effort Bill had made to join us this year.

The occasion also gave us the chance to welcome Oscar Lund, the College’s recently appointed Director of Strategic Development, who told us of the exciting imminent development of Brighton College overseas in Abu Dhabi, and also Mrs Debra Chalmers, who has also recently joined the College as Development Officer, but who from this September will become Development Director and help oversee the bedding down of the new closer cooperation between the Association and the college, which comes formally into being on 1st August.

As always on such occasions, I am grateful to Fiona Aiken for making all the practical arrangements so splendidly. Finally, many thanks to all of you who supported this now well established function.