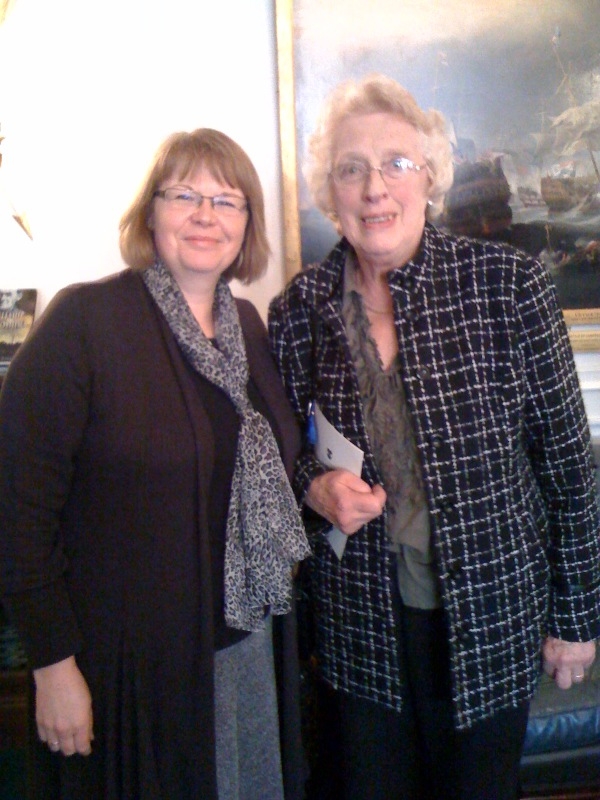 The sun shone gloriously through the windows of the library of The Army & Navy Club, lending delightful views of St James’ Square below as we gathered for the sixth annual Vice-Presidents’ Luncheon.

The company inside the room was just as lively with familiar faces catching up on news. Peter Miller (C. 1945-49), our host, kept things running smoothly and everyone in order as we heard the latest intelligence from the College courtesy of Simon Smith. Simon spoke about the forthcoming event at the Theatre Royal which the College takes over annually for an evening celebrating the performing arts, with over 100 pupils taking to the stage, also the record numbers of Oxbridge entrants for the coming year, and indeed the numbers entering the school now, which continues to go from strength to strength.

The news of the planned sports pavilion for the New Ground was greeted with a rapturous response, as OBs of every age remembered their time down on the windswept playing fields of East Brighton! Tony Whitestone warmly invited all OBs to visit the College, particularly any Vice-Presidents who may not have visited in a while. This was echoed by the Director of Development & Alumni, Debra Chalmers who spoke of the ongoing efforts to find ‘lost’ OBs with whom we have lost contact.

Fiona Aiken (F. 1979-81) was welcomed as the latest Vice-President, and Peter Miller thanked her on behalf of all involved with the OBA for her sterling and much appreciated work over the years. Our thanks go to Peter Miller for hosting the event so diligently.