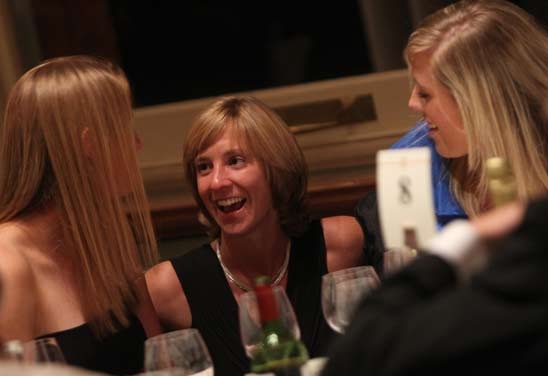 The Long Room at Lord's Cricket Ground was the spectacular setting for the College's Gala Dinner Saturday 14th May, to help raise funds for the New Ground Pavilion.

The Head Master got the evening off to a splendid start with the announcement that exactly two-thirds of the sum required for the building had already been secured thanks to donations and pledges made to date. Some competitive bidding at the auction which followed meant that a further £13,000 was raised on the night. Lord Skidelsky's silent auction lot, a tour and tea at the House of Lord's, attracted the second highest bid, just pipped at the post by Matt Prior's wicket-keeping gloves!

Geoff Miller, National Selector for the England and Wales Cricket Board, entertained the audience with tales of his own school days, and the audience of parents, pupils, staff, Governors and Old Brightonians also enjoyed musical entertainment from the Brighton College Saxophone Group. Our thanks to all those who supported the event by taking tables, donating lots for the silent and live auctions, and through sponsorship.