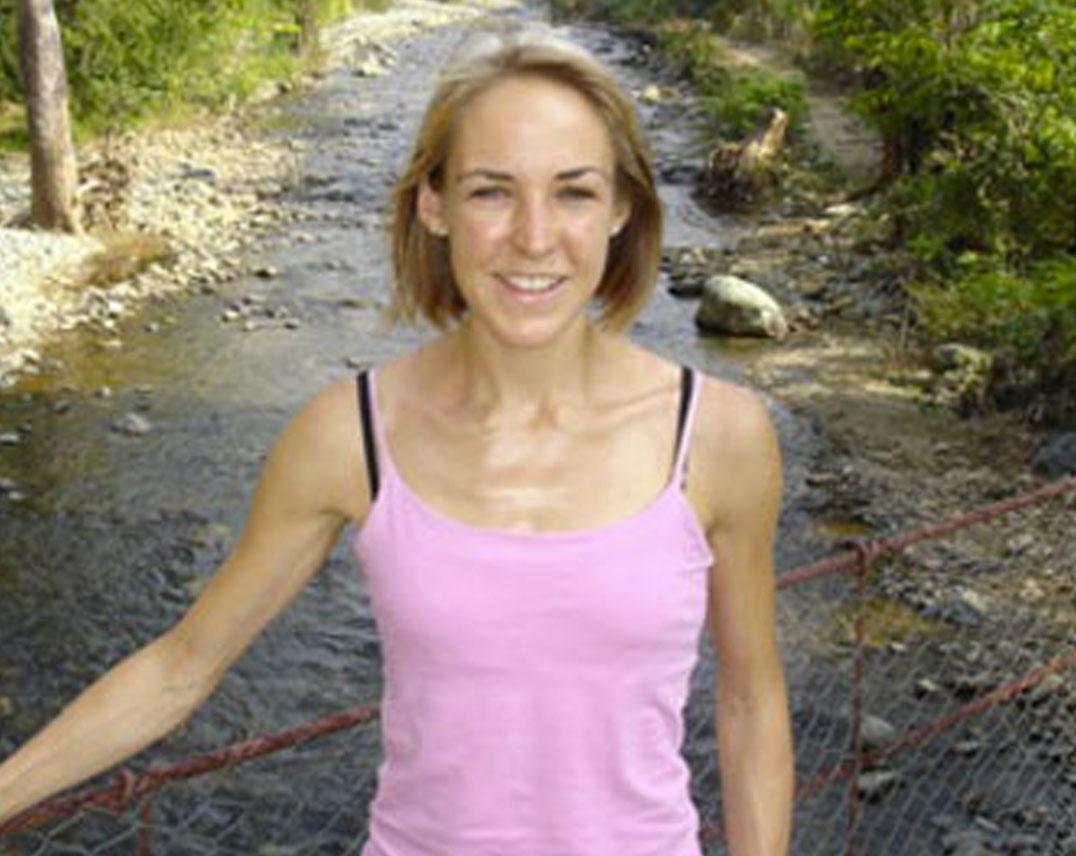 When I think about my walk to work each morning - negotiating the daily hazards of speeding tuk tuks, fierce geese, falling mangos and a decidedly rickety rope bridge - it’s hard to believe that most of the time I do forget that I am in Guatemala. I have only been living in the quiet town of San Agustín, Acasaguastlán for five months, but already it feels like my second home.

I’m volunteering for a grass roots development organisation, ADIPSA, in the forgotten north east of the country. ADIPSA works with subsistence or semi-subsistence farmers in this region, providing them with opportunities that aim to improve the quality of life for the farmers and their families. The population of the town of San Agustín itself is only 4,000, but clinging to the sides of the fertile hills and river valleys that rise up to 3,000m above sea level behind the town into the Sierra de las Minas National Reserve, another 30,000 people scratch out their lives. The majority of these families live and work on their own small plots of land, hopefully producing enough of the staple foods (maize and beans) to feed themselves and, if they are lucky, to produce a little extra that can be sold in the local market.

ADIPSA runs a diverse range of projects, from offering much needed low interest micro-loans to farmers who don’t even have bank accounts, to encouraging the cultivation of organic crops and the conservation of water. In contrast to many development agencies who parachute into an area wielding gifts of crops, seeds or fertilizers and then fly off to help another set of poor people, ADIPSA is a truly local organisation. Their three trained agronomists are the are from local farming families, growing up within the very same communities they are now trying to help. They spend their days slogging up and down the hillsides on their motorbikes, visiting the 300 or so members of ADIPSA in 22 remote communities, giving on-going agricultural advice and support.

All of the projects appear on the surface to be incredibly simple, but each one is designed to yield multiple rewards that are sustainable in the long term. For example, their current ‘soil conservation’ project involves sowing ‘living barriers’ of crops such as pineapple or lemon tea in rows across the maize and bean fields to prevent the fragile soils for being washed down the steep hillsides in the heavy winter rains. Each farmer has also been given 25 fruit tree saplings – lemons, oranges, avocados, mangos – to plant throughout the maize field. The roots of the trees will help to bind the soil, which is particularly important in the fallow season.

The ADIPSA policy is that in exchange for the ‘gifts’ of fruit trees, the farmers must attend a series of training courses on how to grow and cultivate their new crops. One such session involves how to make organic fertilizers and pesticides from simple things in the home. The farmers love it – growing organically is cheaper than buying chemical fertilizers and they know if is healthier for families (to them the long-term benefits to the environment are just an added bonus).

In only 9 months this successful project has already literally borne fruit. The produce has increased the range of foods in a traditionally very restricted diet that often consists of little more than black beans and maize tortillas. In a country where chronic child malnutrition is ranked third highest in the world, this is vital. The extra crops also offer ‘food security’ – something to fall back on in an emergency. If the maize crop is poor one year, empty stomachs wont be inevitable. Any surplus fruits can also be sold at the local market – providing a little extra much needed cash for the family and with the added benefit of keeping income within the local economy and the whole community also benefits from not being so dependent on external imports (also increasingly vital after the recent instigation of ‘CAFTA’ the ‘Free-Trade’ agreement with the USA which threatens to flood Guatemala with cheap subsidised maize from the US).

The success of ADIPSA in 13 years is evident. Not only have they managed to execute successful projects in education, food security, organic cultivation and women’s development, they have also managed to gain funding from several international Non-Governmental Organisations to expand the scope of their work. Intermón (Spanish Oxfam) is currently funding a project which has allowed them to mobilise, organise and support a group of local coffee farmers to gain fair-trade status for their high quality organic beans. These farmers are now benefiting from a secure high price for their coffee, and they have the added bonus of receiving the ‘Fair Trade Premium’, money which must be spent collectively on community projects. The coffee farmers (the majority of whom have little more than a primary school education) have decided to put the fund towards providing educational scholarships for their children.

Living and working in Guatemala has definitely been an eye opening experience. If nothing else, I have learnt the virtue of patience! This is a country where the concept of time is completely open to personal interpretation and it’s virtually expected to arrive an hour or two late for a meeting. The ADIPSA staff are quite rightly thrilled to have just had their office hooked up to the Internet, and yet I am constantly frustrated by the incredibly slow connection. ADIPSA are well accustomed to the challenges of working within rural communities that are still living with the memory of a 36 year civil war. The people are understandably inherently suspicious of outside help and of organisations that may have a hidden agenda. Gaining trust and respect is a painstakingly slow process.

But little by little ADIPSA have been turning things around and gaining small but immensely significant victories. Most importantly, their members are thrilled. One of the best days I have had was when I attended one of the compulsory training sessions for farmers in the community of El Baul a 90-minute motorbike ride and 30-minute hike from San Agustín (there is no access for vehicles to the village – all produce is carried out on foot or by donkey). I was blown away by the positive response and complete concentration these farmers (most of whom are completely illiterate) gave to the session. They are hungry for information and they are seizing every opportunity to improve the health, welfare and education of their families. They speak about ADIPSA with reverence and gratitude for providing them with the tools and knowledge to do that.

I have been working on a ‘Characterisation of the Region’ document for ADIPSA, which will hopefully be useful in seeking financial support for more projects in the future. The Education Project, in which adults were able to gain a primary school education via the radio, tragically ground to a halt this year because the funding stream dried up. I will be looking for other sources of funding for Education, while at the same time investigating the possibility of expanding their organic fair-trade coffee project. There is organic brown sugar production in the region, so I will be beginning the process of looking for a market and buyers for organic fair-trade cane sugar.

I would be over the moon if I managed to achieve in just one year a smidgen of what ADIPSA have done to improve the lives of the people in this remarkable country.

You can find out more about ADIPSA at www.adipsa.org (The web site is very out of date, but it should give you an idea of what the organisation is all about).

If you would like to find out more about what I and my partner, Tom Taylor, have been up to, please have a look at our blog: www.guatemalango.wordpress.com.