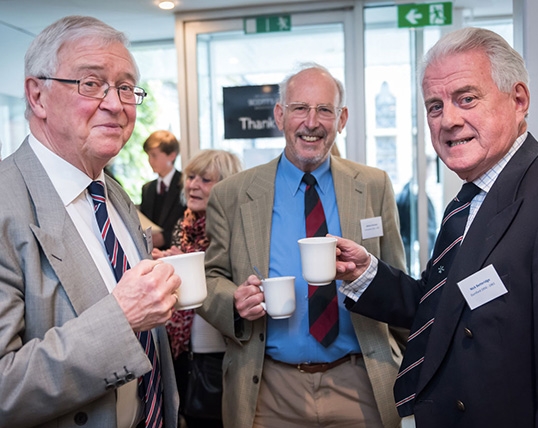 Everyone then split off into groups to look around the science block. When it was built in 1958, these 9 laboratories were state of the art, but I think after trying to manoeuvre our way around, most would agree they are perhaps now a little smaller than remembered! Director of Science, Tom Gravestock spoke about the plans for a new science building before we all managed to find our way out, through the rain to Chapel where Father Robert conducted an, as always, unique service.

OBs were then invited to climb the 89 steps all the way to the top of our new Gate tower, which most did very in very sprightly fashion, before returning once more to the warmth of the Ginger Dog for a spot of lunch.

Thank you to all who came for another enjoyable day, it was lovely to see you all, and special thanks to Bob Peters (Br. 1939-40) who took the title of Oldest Old Brightonian for the day!