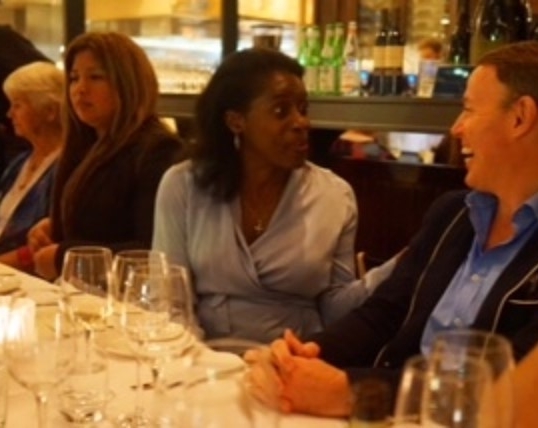 This year we welcomed Richard Cairns and Scott Sheridan to Sydney once again for an Old Brightonian supper and catch up; the third and final stop of their rather rapid tour of this side of the globe!

With the venue set at Luke Mangan’s Glass Brassiere’ at the Hilton I looked to establish exact numbers. This year we did indeed break the 20 man barrier finalising on 21 in total, a full 30% up on our last outing! We also managed to span the years attended at the College all the way from 1945 up to 2000 so a wonderful wealth of memories and stories to be drawn on!

The main goal of this type of event is to allow both sides to see what the other is and has been doing during the years since we last met. After my brief introduction (hopefully) giving form and purpose to the evening, Richard delivered an overview and update on the main developments at the College, insights into the College’s future direction and some of his own personal ambitions pertinent to both BC in the UK and now overseas. As always his words were clear, relevant and humorous.

I believe most attending the dinner were surprised at just how successfully the College has raised its own profile not only on a national level but also on the increasingly important international platform. After Richard, Scott Sheridan set about outlining his own role at the College and how he is expanding and developing the

the fundraising side of the College. It is abundantly clear he has made significant progress in this key area and also has determined plans for the future. With all the speeches done, it was time to enjoy the renowned 7 course degustation menu (with wine). The service was great and the food even more so and I know everyone thoroughly enjoyed all that was offered.

So, a massive thank you to everyone who made the time to attend at such a busy time of the year and to Richard and Scott for including us on their rather hectic journey. I look forward to seeing them here again in the not too distant future!