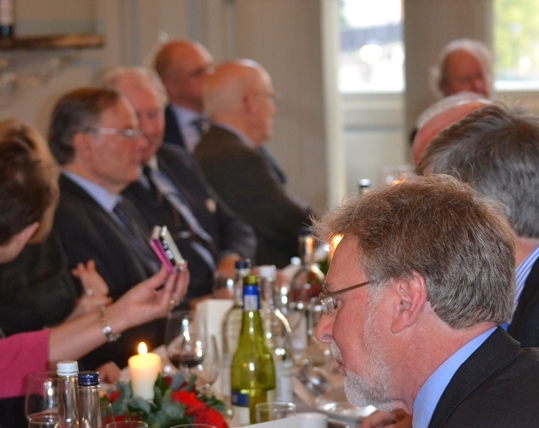 The Savile Club was a new venue for the Pioneers Club London Luncheon this year, courtesy of Gavin Henderson, CBE (Le. 1960-65), and what a beautiful venue it was.

There was a good turnout of OBs from as far back as 1944, who were there when Gavin was actually born at the College. After a few drinks we were treated to a delightful dinner, accompanied by some reminiscences from Gavin himself, a brief interlude from Anthony Arnold-Boakes (Ha. 1957-62) on the history of the building, as well as an update on the College today from current Assistant Head, Michael Sloan. After some more catching up with old friends, everyone went on their way (for some via the downstairs bar). Thank you to all of you who came, adn to Gavin for hosting, we hope to see you all again for the next Pioneers meet up in Brighton in May!