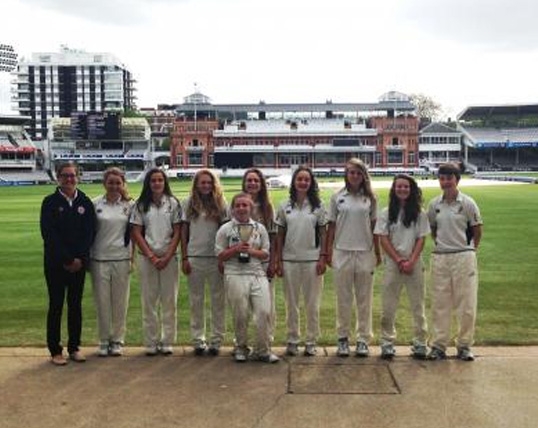 A great year of sport across all disciplines at Brighton College

Brighton College athletes have set a new school record by bringing home a haul of 33 medals from the County Athletics Championships.

In total pupils won 11 gold, 13 silver and 9 bronze medals on Saturday and 10 pupils have been selected to represent Sussex against Surrey, Kent and Hampshire this coming weekend.

The superb results come hot on the heels of the athletes' third win in a row of the Copenhagen Shield and round off a great year of sport at the college, which has seen pupils excel at all levels and across many disciplines.

The college's sporting pedigree has come to the fore this year with the 1st XV rugby team having a blistering run this year under the captainship of James Chisholm, who was recently made captain of the England under-18 team.

Their superb performance under Chisholm's captaincy, who has also just signed a two year contract with Harlequins, means the 1st XV have maintained their run in Sussex – not losing a game for the past six years.

Not to be outdone the 1st VII netball team also had an outstanding year and were crowned Sussex Independent Schools Netball Association champions.

Now the long-awaited summer sunshine has heralded the start of the cricket season and Brighton's 1st XI have made a brilliant start to the 2013 season.

They beat Eastbourne in the National T20 to reach the county final and have also reached the semifinal of the Langdale Cup.

The under-15 team has progressed to the quarter-finals of the County Cup while the under-15 girls became National Champions for the second year as they progressed through four rounds of the Lady Taverners Indoor Tournament.

They are unbeaten in more than 30 matches and have only lost two games since 2010.

Director of sport Roger Nicholson has been thrilled with the performances across the board.

He said: "These results are fantastic and I congratulate all those who have worked and trained so hard to achieve them. Just as importantly I have been delighted to see so many pupils taking part and enjoying sport at all levels."

This article is reproduced here with the kind permission of The Argus.