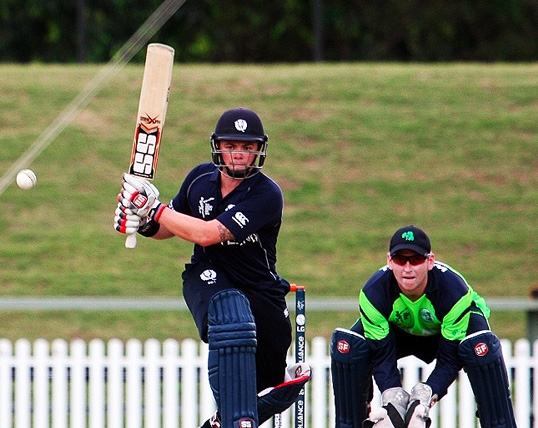 Matt Machan and team mate Alasdair Evans did most of the damage as Scotland hammered Ireland by 179 runs in Scotland’s World Cup warm-up match in Sydney.