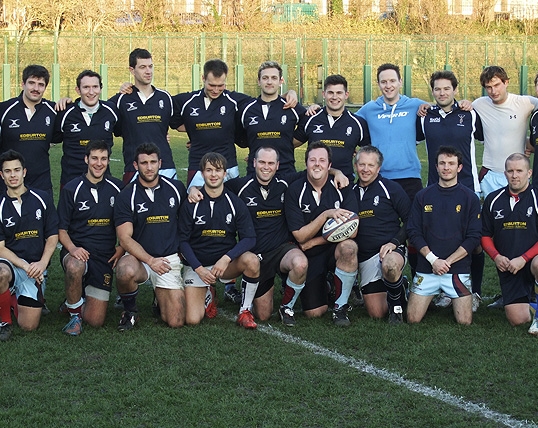 The Brighton College staff rugby team had their first outing of the year in a well-supported game against Bowden House from Seaford.

There had been a high air of anticipation for the game from staff and students. Bowden House started in the ascendency going over early. From there on in the game ebbed and flowed with some brilliant hands from the staff and some moments of pure magic and theatre to keep the big crowd entertained. Mr Nicholson rolled back the years with a vintage display at 10 with the deadly physics duo of Daville and Grice giving good ball out to the speedsters Hornshaw and Wiscombe on the wing. The whole team thoroughly enjoyed their run out and the crowd made it a good spectacle.

Thank you to all those staff that gave up their Sundays and too all those pupils and parents who came to watch, and to the Old Brightonians who joined the staff team! Final score 58-24.