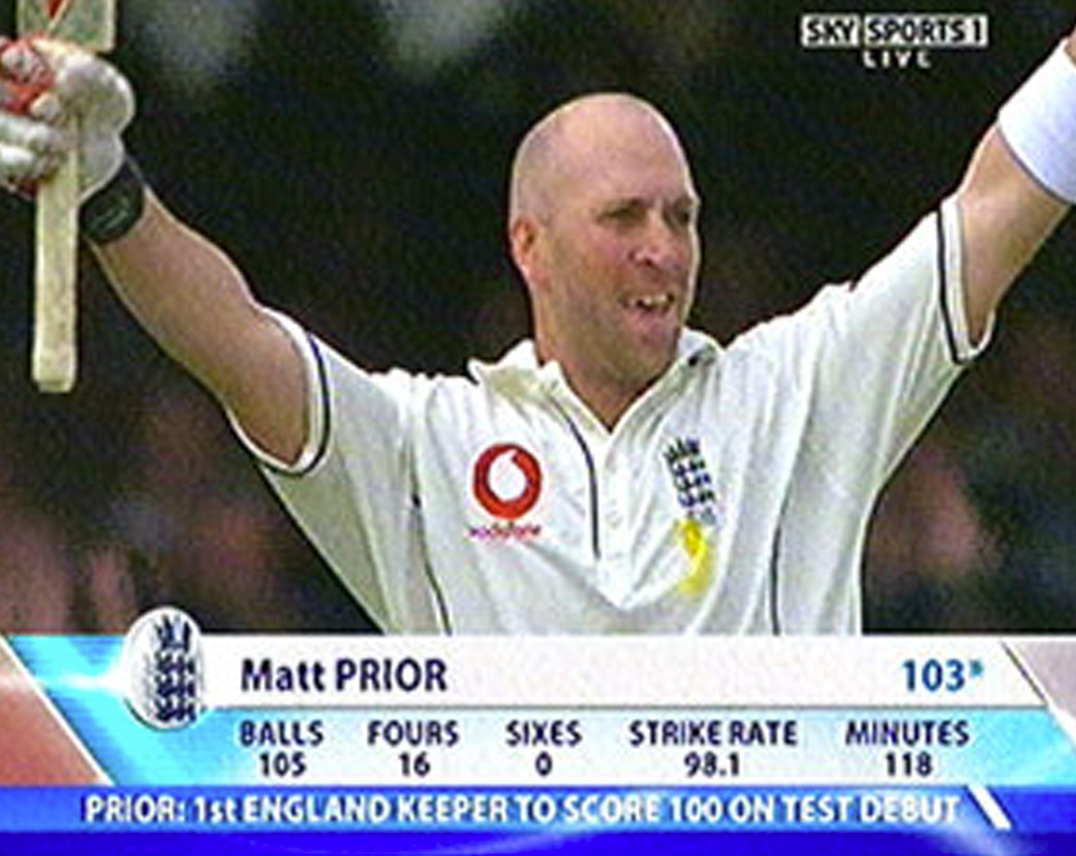 Prior gets his Ton!

Matt Prior was chosen ahead of Paul Nixon for keeper's spot for the first Test of the summer at Lord's against the West Indies. He scored a hundred on his debut, taking just 105 deliveries and hitting 16 boundaries after coming in at number 7, and finishing on 126 not out. He became the first England wicket keeper to score a Test hundred on debut and the 17th English batsman to record the feat overall. The last wicketkeeper to make a half century on debut was Jack Russell, who scored 94 against Sri Lanka at Lords in 1988. Prior was one of four centurions in the innings along with Alastair Cook, Paul Collingwood and Ian Bell. It was the first time since 1938 that four England players scored hundreds in the same innings of a Test match.

Matt played for the College 1st XI for five seasons (1996-00) and helped to raise Brighton College's profile on the cricket circuit to one of the strongest teams in the country. He was a key member of the 1999 XI that won 20 matches, the best ever by any school team in a season. Always an individual, he played exciting cricket; perhaps the most memorable was his 205 not out in India. Captaincy brought the best out of him, something perhaps the Sussex and England selectors should bear in mind.

With his old mentor from Sussex, Peter Moores, in charge he has the best possible start in what should be a new era for England’s test side. It is a great moment for Matt and for Brighton College and we wish him every success.