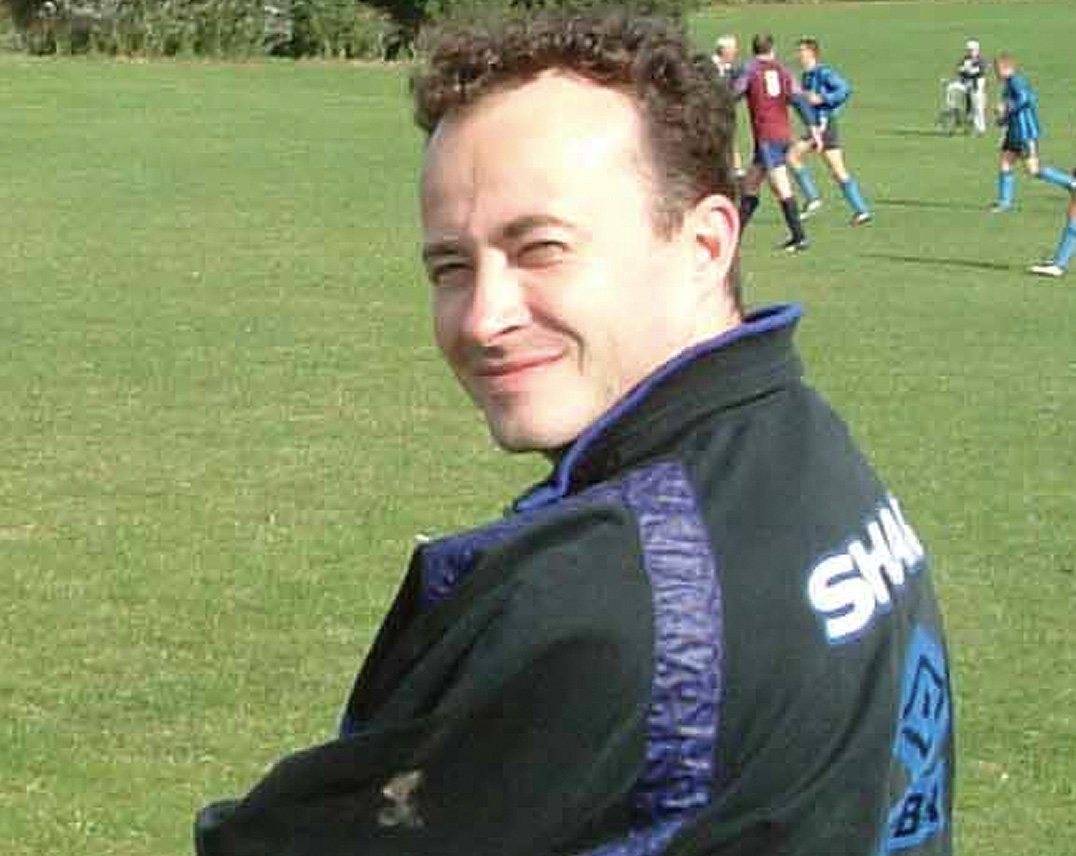 John Heal (D. 1982-85) was one of the founding members of the OB Football Club and has been a key member of the team over the last twelve years since the clubs formation, as well taking a primary role in the Club's administration having been the Club Secretary for 7 of those years.

It was therefore with great sadness that John's announcement to hang up his boots was received. John had these words to say:
"I am going to be 39 in February and the thought of chasing 17 year old olympic standard sprinters down the wing on a Sunday morning doesn't really appeal to me much any more.

Also the lack of opportunities (due to family and work committments) to actually get on the pitch and get some regular playing time means that my once colossal levels of fitness (!) has no chance of being reached again.

I have had some fantastic times playing for the OB's over the last 12ish years, including winning 2 sussex cup finals, being promoted from Division 8 to the heady heights of the Premier Division and of course the legendary European tour to Madrid.

I have met and played with some great players and friends in that time. I suppose when you cross that white line the level of camaraderie is the closest our generation will ever get to the Trenches!!

I would like to thank all my team mates (in particular my co-founders Paul and David Lawrence and Alex Tasker and a special mention for oh Captain, my Captain Ryan Heal, who's phenomenal levels of passion for the game always demonstrated what OB's football should always be about) with whom it has been an absolute pleasure to grace the boggy pitches of Sussex and i wish you and the team all the success you deserve in the future."

The OBAFC would like to thank John for all his committment and effort over the years both on and off the pitch.

"From the Brunswick own goal to fat raz skinning you at waterhall, you have been a vital cog in the wheel of our success" R Heal

"I don't know what to say, I'm so overcome with emotion. It's been a privilege and a pleasure to have served in the front line with you..... I will try to man the dad's army trench for as long as I can" P Lawrence
"Does that mean I can finally have the number 7 shirt?" A Tasker