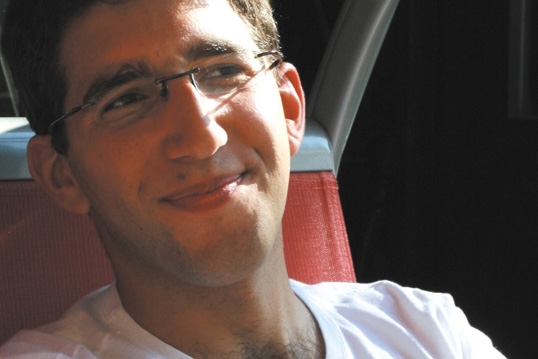 Luka Randić, Specialist Registrar in Emergency Medicine at Manchester Royal Infirmary (b 1978, q Manchester School of Medicine 2001, BM BCh; MFAEM 2005) died as the result of a road traffic accident on 11 May 2008.

Even at medical school, Luka Randić stood out. Apart from being taller than many of his fellow-students, his apparently carefree demeanour, sense of humour and engaging grin belied a maturity beyond his years; and his Croatian passport and Californian driving licence hinted at exotic details of his biography which were otherwise only evident on closer acquaintance.

Born in Zagreb on 11 September 1978, Luka, at the age of 13, fled the wars which marked the break-up of former Yugoslavia. Though he was still very young, he cherished his freedom and did not conceive his life as the life of ‘a refugee’. His adaptability and openness won him acceptance and friends wherever he went. While his father found work in San Jose, California, he and his mother found a new home in southern England, where they settled in Lewes, so that Luka could attend Priory School and Brighton College before gaining a place at the School of Medicine in Manchester in 1996.

He was a good student. His undergraduate project on Burns Major Incidents with Kevin Mackway-Jones and Simon Carley helped shape national guidelines. Determined to “make a difference” to the lives of Africa’s rural poor, he chose to spend his elective in a remote but burstingly busy Friends Lugulu hospital in the Kenyan bush. His proudest moment was treating a young girl’s asthma with his own Salbutamol inhaler and a plastic bottle as a spacer. The experience shaped his beliefs about human existence and suffering. After qualifying in 2001, Luka’s practical and enquiring mind stood him in good stead during his training at various hospitals in and around Manchester and the North West. It was after his House Officer post in A&E at the Royal Preston Hospital under Mark James that he embarked upon a career in Emergency Medicine and Intensive Care. His last position, as Specialist Registrar in Emergency Medicine at Manchester Royal Infirmary, provided ample opportunity for developing the evidence-based knowledge and rapid assessment skills which made him a “safe pair of hands” despite his youth. Pragmatic and unflappable, he inspired confidence in his patients and respect in his colleagues. Only Luka could stroll (smiling, always) into Resus in the dead of night and bestow an air of calm on the most desperate of situations.

The road bike parked in the Registrar’s Office provided a clue to Luka’s leisure activities. Apart from braving the Manchester rush hour on two wheels, he loved outdoor challenges. Rock climbing, mountain biking, water polo and rugby – his sporting interests were many and varied. From a rainy weekend climbing Snowdon to a snowy one skiing in the French Alps or the Californian Rockies, Luka’s energy for life and eagerness for new experiences were boundless. He was an enthusiastic traveller, exploring the far corners of his adopted home country as well as venturing farther a field to other parts of Europe, America and Asia. Luka just stretched out his long legs and was at ease anywhere in the world.

Compassionate, questioning, unafraid, Luka was on track to becoming one of the few truly great doctors most of us can only admire; and yet, for many, it was his integrity, patience and irrepressible laughter which set him apart. The enduring impact he has had upon his friends and colleagues is no small part of his legacy. Luka was a source of energy for his parents and a rising star in his profession. His tragic death on 11 May 2008 as the result of a road traffic accident is mourned by his parents and relatives in his home country, his girlfriend and a large circle of friends.

May his memory never die and may Luka, one fine friend and accomplished colleague rest eternally.