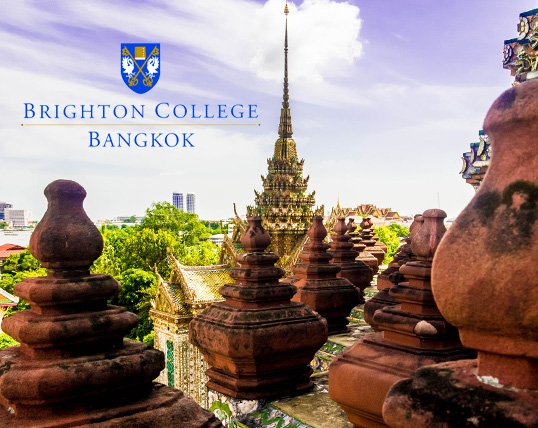 Brighton College is to open a sister school in Bangkok aimed at bringing the best of British education to Thailand. 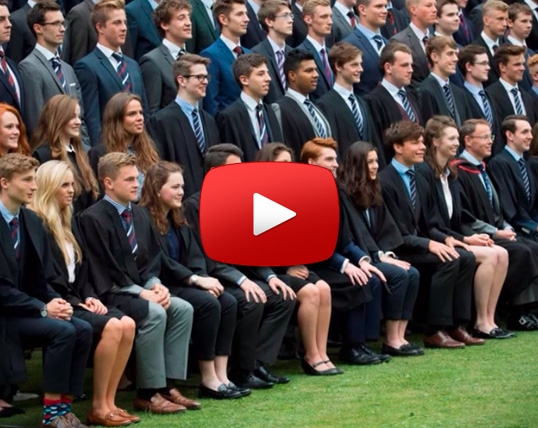 A very happy Christmas from the Old Brightonians and everyone at Brighton College. Do join us for Midnight Mass on Christmas Eve if you can. In the meantime here's a look back at our year (below). 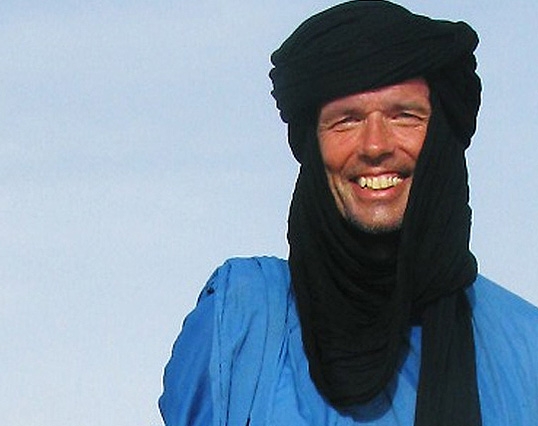 Documentary film-maker, author and all round adventurer, Chris Terrill certainly has some tales to tell from his days at Brighton College through to today, we managed to find time in his schedule to draw out some of those stories... 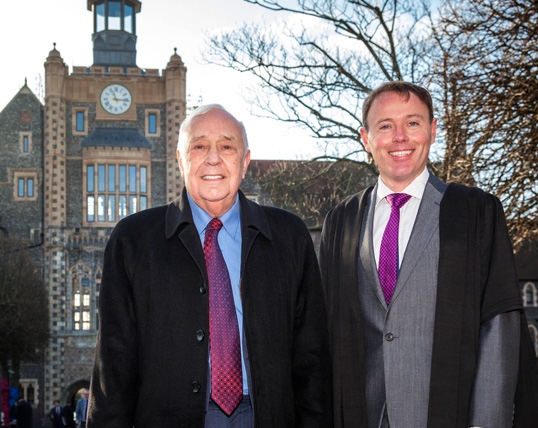 The Cairns Tower, Brighton’s newest addition to city skyline, is unveiled at last!

Brighton College has launched a new city landmark today with the unveiling of its grand gatehouse tower at its entrance – finally built after a 125-year delay. The tower, which has been named Cairns Tower after the school's headmaster, was supposed to be the crowning glory of architect Sir Thomas Graham Jackson's late 19th century additions to Brighton College (founded in 1845) but a shortage of funds meant his splendid creation was never finished. In 2012 the College engaged historic building specialists Richard Griffiths Architects to complete the original design of the tower externally. The tower has been paid for, in the most part, by one very generous, anonymous donor. Other donors followed suit and the result, which was unveiled in front of the whole school with much celebration, is set to be a breath-taking addition to the Brighton skyline.

An old friend Peter Wise (Al.1960-63) has contacted us looking for Malcolm Reeder who left Brighton College in 1964. Malcolm was in Durnford and Aldrich whilst at the College. If you are still in contact with him, or have any news that could help us to find him please let us know at This email address is being protected from spambots. You need JavaScript enabled to view it.. 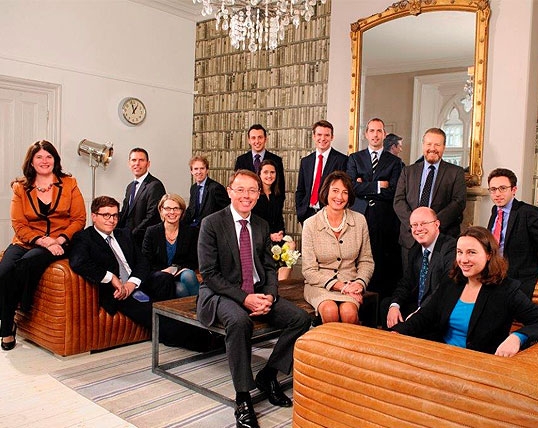 Brighton College's metamorphosis into one of the top UK schools in the country has been recognised after its management scooped the Outstanding Senior Leadership Team of the Year gong at the Independent School Awards 2014 in Nottingham. 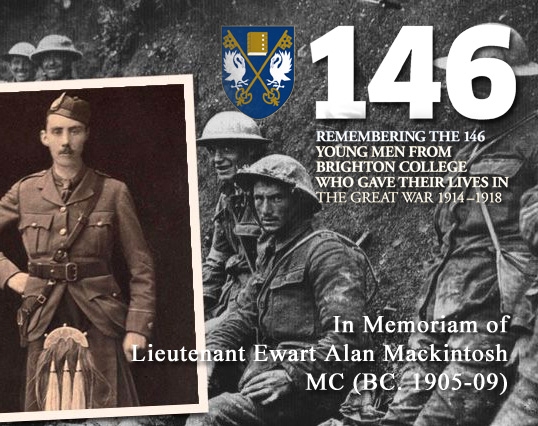 In Memoriam of Lieutenant Ewart Alan Mackintosh MC (BC. 1905-09)

So you were David's father,
And he was your only son,
And the new-cut peats are rotting
And the work is left undone,
Because of an old man weeping,
Just an old man in pain,
For David, his son David,
That will not come again. 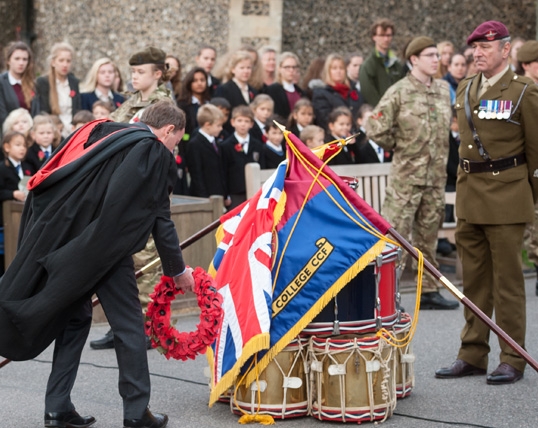 All three College schools came together this morning in the quadrangle, to join the nation in observing silence at 11.00 on Tuesday 11th November.