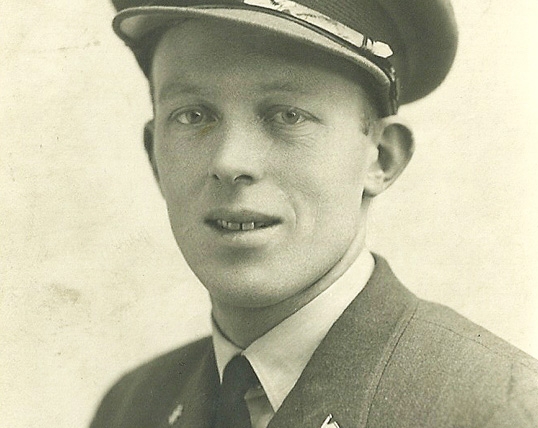 After leaving Brighton College, Owen Chave went on to become a schoolmaster and then Flying Instructor, but continued his writing, becoming a frequent contributor to "Punch", "The Spectator", "Aeroplane", "Empire Review", and "Royal Air Force Quarterly". In 1942, Basil Blackwell of Oxford published a book of his verse called "Winged Victory" under the nom de plume of "Ariel". Owen was mobilised at the outbreak of War and posted as an Instructor.

He volunteered for operations an after a number of operational flights as Captain of a Stirling Bomber he failed to return from an attack over Germany, 14th February, 1943. He and his crew were posted missing, and in 1944 he is presumed to have lost his life.

We would like to offer our thanks to Christopher for sending in these wonderful pieces.