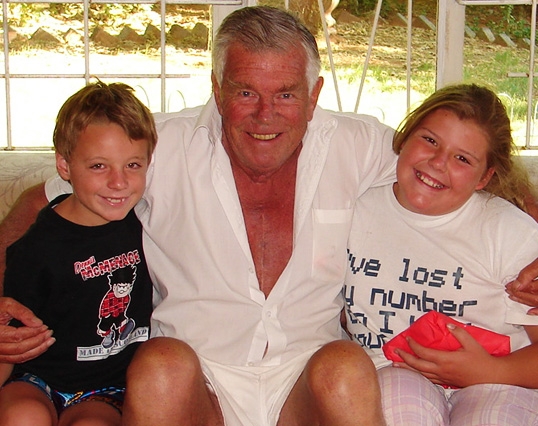 Frank Fellows was born in Beckenham, Kent and moved to Brighton in 1935. The College was an obvious choice for his education as few boys could have lived closer: Walpole Road being not even a stone's throw away. Joining the College at the end of the war he "lived" in the tin huts as a member of Leconfield House. His fondest memory seemed to have been, when in charge of the 25-pounder field gun crew, firing a salute on the Annual OTC (later CCF) Inspection; the blast from the blank round breaking several windows in Walpole Terrace!

Having matriculated, he left the College in 1949 and studied to take a BSc at the forerunner of Sussex University, Brighton Tech., before joining British Petroleum at Sunbury. Following a management course, he was on the high seas to take up a position at Abadan in 1954 when he was advised of the nationalisation of the plant by the Persians.

Returning to the UK, he became assistant science master at St. John's College, Horsham. He progressed to Senior Science Master at Worth Priory before deciding to emigrate to South Africa with his wife and young family in 1972.

After working as a computer engineer, he started and ran his own business in Management Consultancy and Personnel Recruitment for the emerging IT world, until he was, himself, recruited by ESKOM the South African power supply company. During this time he privately developed, probably, the first hydroponic nursery in the Eastern Cape.

Having achieved ESKOM's development targets, he returned to consultancy at Fort Hare University and later, despite his own advice, was appointed Rector. In 2000, he went into semi-retirement helping his elder son set up PABX supply companies in Bloemfontein and Jo'burg. He travelled extensively after this, until a minor stroke in 2011 confined him to the Bloemfontein area. He died following a heart attack on the 2nd of January 2013.