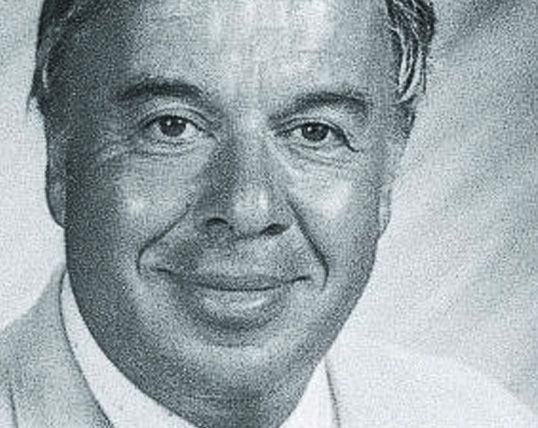 We are sad to report the death of Robert Wilmot on Monday 23rd November after his long struggle with cancer. He taught English at the college for 19 years and did much else besides, most notably coaching teams and directing plays. He was the embodiment of a traditional schoolmaster: naturally courteous, multi-talented, kind and encouraging. The funeral is on Monday 30th Nov at 3pm at Selmeston.

Robert's pupils will remember with affection his animated classes, especially those involving American literature (he was the acknowledged departmental expert) or drama, most notably Shakespeare - where he cheerfully exercised the English teacher's prerogative to take the best parts for himself. He had a natural talent for directing, and his charming production of John Whiting's A Penny for a Song and a dramatisation of Pride and Prejudice were truly memorable. He also seized any opportunity to appear in school shows himself. In an unforgettable production of Grease, he made the (improbable) role of the disc jockey Vince Fontaine his own; his cameo appearance was different in each performance. The audience loved it - perhaps rather more so than those on the stage who had to take their cue from him. He also took on a variety of roles in amateur theatre in Lewes.

On the games field he was a formidable presence as both hockey player and cricketer. Wisden for 1963 tells us that in his 3rd year in the side he was the top scorer for Hurstpierpoint College, with 98, and later on he was a big hitter for the college's Common Room side, The Haymakers. He was never one to brag about his sporting accomplishments, as some of his colleagues might have done, but his teams instinctively knew that their coach had in his time been a highly successful player himself. He was too an intrepid traveller: he thought nothing of driving one one summer to Greece with Margaret and the boys; and for one whole year they moved to California as part of an exchange programme.

In some ways it was surprising that Robert should have spent so much of his career at Brighton, for he was at heart a countryman. He loved the cottage at Selmeston and lived there a kind of rural idyll, toiling in the garden or reading in his comfortable summer house in fine weather and making the most of a bountiful apple crop in the autumn. He would not have been out of place in a novel by Thomas Hardy (a writer whom he much admired). And after supper, when many families might settle down in front of the television, the Wilmots would gather round the piano to sing german lieder, with Robert either singing himself in his fine baritone voice, or accompanying.

For a physically large man much about Robert was quietly understated. This was true of his personal faith too. He sang in the chapel choir and gave a gently witty chapel address on Mayday 1994, his 50th birthday. Only once during his time did he speak his mind about the matter of religious worship, when some ill-judged scheme for revising chapel attendance was being promoted. He was much respected for what he said. The new scheme did not go ahead.

Robert never sought professional advancement; the frenzied world of management was not for him. He was happy to watch and cultivate the talents of his pupils, as he did his two sons, of whom he was immensely proud, and who both followed him to Oxford: Paul is now a professional organist in Norway and Stephen is a financial journalist. The Wilmots were indeed a united and devoted family. We extend our heartfelt sympathy to Margaret, Paul and Stephen.