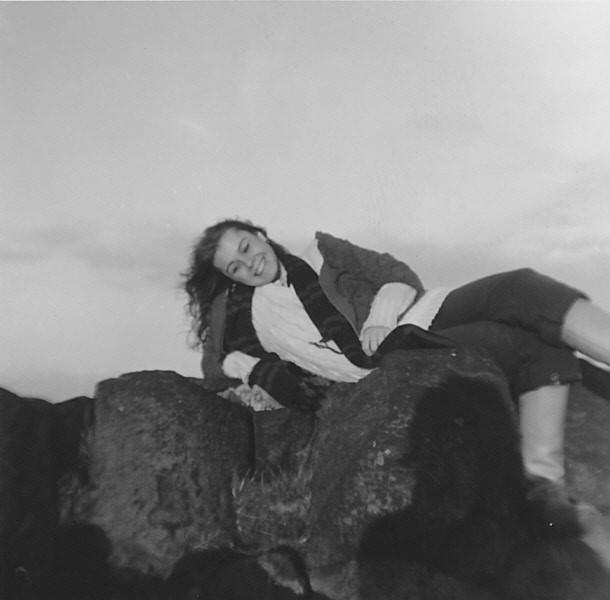 It is with great sadness that we announce the death of Camilla Ravenshear, who died after a short illness on October 2nd 2017.

Camilla was one of the first girls to attend the Sixth Form after co-education was introduced at the College, which is such an important part of the cultural ethos of our school community. Thank you to Nerissa Martin (Fe. 1976-78) and Shirley Waldron (Fe. 1976-78) for sharing some of their memories of Camilla below.

"Soon after Camilla arrived at Brighton College, she quickly acquired the nickname ‘Rave’, a name which was totally appropriate. Not only was she beautiful and had great allure, but she had tremendous energy and an unusual enthusiasm for life. Indeed Camilla was not trapped by convention, and with her gypsy style and love of fun, she was known by everyone within a few days of arriving at school. Indeed her sense of rebelliousness and simultaneous charm meant that she was hugely popular with students and teachers alike.

Her father had been to Brighton College and Camilla joined the sixth form soon after the school started taking girls in 1973. She had the lead part as Kate Hardcastle in the school play ‘She stoops to conquer’ and played Centre in the netball team when Brighton College managed to beat Roedean for the first time. The latter was a feat as in contrast to Roedean, Brighton College had only thirty girls so could barely make up a team!

Camilla later married the actor Oliver Tobias, and then after many years of living in London, she went to live in Dorset and later Somerset. Her father had owned a Welsh Cob Stud farm in Suffolk, and Camilla soon realised that she felt most at ease in the countryside. She became a healer and enjoyed photographing the natural world around her. She also had a passion for cars and motorbikes, and loved driving.

However her greatest source of happiness was her girls, and she was a devoted and very loving mother. She very sadly died after an extremely short illness at her home in Somerset at the age of 57, and leaves three daughters Angelica, Celeste and Dahlia."

"My Memories of Camilla
Music
Marvin Gaye's 'Heard it through the grapevine' will always bring back memories of Camilla. She had the distinctive album - Motown Chartbusters Vol 3 in colourless vinyl daily on the turntable. I downloaded the album again after I heard about her death and it still is the eternal sound of the summer of '77.

Devilish determination on the netball court.
We beat Roedean for the first time in BC history. Current BC girls will think hardly anything of that, but at the time, Roedean were the juggernauts of the netball world and we had to put practically the whole of Fenwick into the team just to get the numbers! The fact we came anywhere near to beating them was down to the brilliant skill and energy of Camilla’s position at Centre.

'Prep'
Camilla never appeared to take much time over her homework but always got top marks - she was very bright and wore it lightly. Her handwriting was beautiful, too.

The girl everyone remembers
I’m often asked by other OBs: “Which year were you in?” “The year of ‘78”.... blank expression.... “Camilla Ravenshear’s year” “Ah yes!” There was an irresistible quality about her - (mostly) men but also women were drawn to her and remembered her.

She usually got her way
Camilla needed a pair of jeans washed for the weekend. Of course housemistress, Mrs Good soon relented against her better sense of running a whole cycle for a single pair of jeans!

Going AWOL
Sometimes Camilla would just disappear - I shared a dorm with her twice and she never told me where she went. Some secret mission - I didn’t ask....

Smoking in the dorms
Many did it (Red Marlboro, Camel, even Gitanes - god! - none of this namby-pamby 'light' nonsense!) How to mask the smell when Mrs Good was coming up the stairs? With air freshener of course. And Camilla's response to why she was spraying air freshener to mask the very obvious smell of smoke? 'my feet were smelling....!' Camilla got away with it.

We were all boys and girls then and discovering about life and about ourselves. I have lovely memories of a happy girl who I'm very sad is gone."