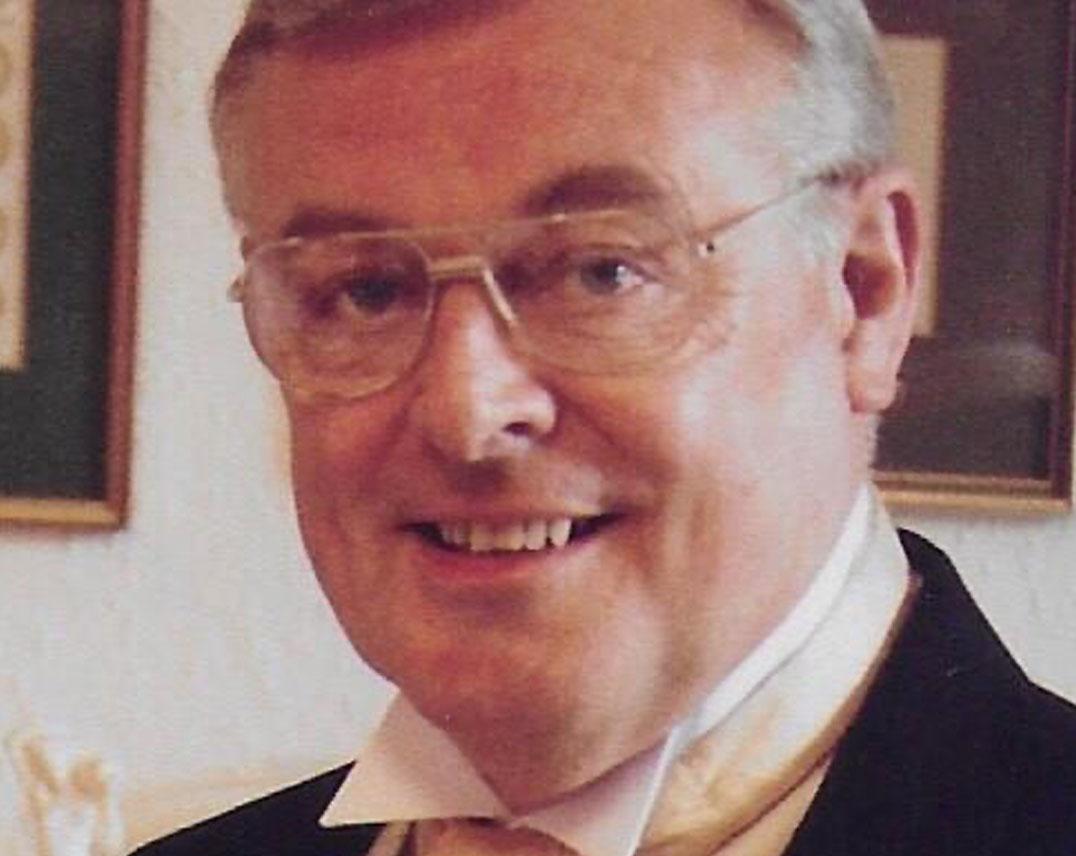 We are sad to announce the death of David Hollinshead at the age of 81.

David was a long-serving member of the Common Room, who in turn was Head of Design and Technology, Housemaster of Durnford and Chichester Houses and Headmaster at Hawkhurst Court, Wisborough Green. We send our condolences to his family, especially to daughters Jane (Fe. 1981-83), Sarah (Fe. 1982-84) and Emma (Fe. 1984-86).

David Hollinshead, who died at the age of 81 on Sunday 15  November, joined the Common Room in September 1962, being the last remaining of Bill Stewart’s appointments; he went on to serve the College loyally under five different Head Masters. He came originally as the school’s first dedicated teacher of Technical Studies, then called Metal Work and now Design and Technology, and his dedication and hard work did much to integrate the subject and find it a proper place in the curriculum.

David’s National Service in the  Education Corps, during which he was, I believe, the youngest Sergeant Instructor in the army, led quite naturally to his joining the College’s CCF and becoming its Commanding Officer for seven years in the 1960s, the end of which period was not the easiest time to be commanding a compulsory Cadet Force, but that David survived the notorious ‘White Boot Rebellion’  and helped transform the CCF into a more imaginative and less formal activity says much for David’s talents.

Henry Christie, recognising David’s administrative abilities and sense of discipline, appointed him as the first Day Housemaster of the reincarnated Durnford House, whose birth David presided over in a somewhat dilapidated building in Clarendon Place. Here David’s DIY skills did much to mitigate bursarial stringency and enhance the material surroundings of the boys in his charge. David’s tenure in Durnford was a brief one, as in 1972 Bill Blackshaw appointed him Housemaster of Chichester House (then the third boys’ boarding House). Bill was looking for someone to run ‘a tight ship’. David developed what would then be called a ‘hands-on approach, finding the energies to patrol the dormitories and shin up drainpipes to catch miscreants unawares when some suitable, verbal castigation would be meted out. Behind David’s persona as a disciplinarian, there was always evident sympathy for and understanding of the boy who was an outsider or whose problems and circumstances ill-fitted him initially for boarding life in the College. In such cases, David, supported admirably by his wife Margaret, would be unstinting in his efforts.

David’s next move was to succeed Dick Crossley-Holland as Headmaster of Hawkhurst Court, near Wisborough Green, and Bill Blackshaw tasked David and Margaret in transforming it into a more conventional prep school, which they did with great success. In 1983 the school was sold and David migrated back to the College, where David took on a variety of senior responsibilities under the title of Undermaster: the organiser and coordinator of Open Days and Evenings, Schools Exhibitions and Director of the Appeal for the Lester Building. All of these duties David carried out with his characteristic thoroughness.

In his 36 years at the College, a length of service at one school almost unimaginable by today’s standards, many had reason to be grateful to David, whether on the rudiments of metal and woodwork, the basic problems of Algebra or as member of Durnford and Chichester Houses. He played a significant part in the development of the College during his time, before taking retirement in 1998. He was then able to devote himself to his interests in Golf, Photography and Freemasonry – for years David was a keen supporter of the OB Lodge, receiving both provincial and national honours.

I was so sad to hear about the death of David Hollinshead. David was at Brighton College when we arrived in 1971. He ran the metal workshops with impressive creativity and efficiency. When he became Housemaster of Chichester succeeding John Page, he and his family became our neighbours, with children and dogs all playing together, on the lawns, in the swimming pool, and visiting Mrs Page in the Tuckshop. Chichester House thrived under David’s firm control. David and Margaret then followed the Crossley Hollands at Hawkhurst Court Prep School, Wisborough Green, an establishment gifted to the College in 1971. On his return to Brighton College, David was appointed as Under Master. During our time David was a most hardworking and loyal member of staff who played a significant role in the life of the College. He was an enthusiastic member of the Old Brightonian Lodge, and this interest continued during his retirement when he held high office in the Sussex Freemasonry. He will live on in the memory of many of us!