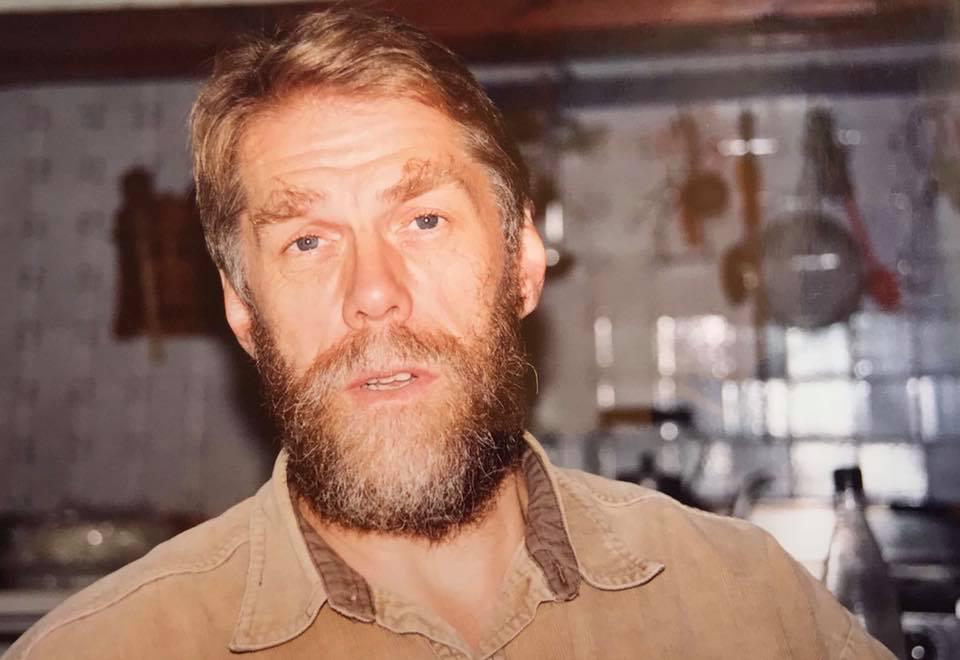 Nick studied Fine Art at Maidstone College of Art to the National Diploma in Design followed by three years post-graduate in the painting studios of the Royal Academy Schools in London, and then on to teaching Art and Design - finally at Brighton College where he was Director of Art for 30 years.

For so many of us - family included - our memories of Nick are informed and shaped by his years at the College. He truly loved his time there and spoke of it often whilst retaining astonishing recall of almost every one of his past students - so many of whom the family has already heard from.

As a son who attended the College for my entire school career I can say that I truly benefited from my father’s seemingly universal popularity and eternal good nature. He took the teaching of the Creative Arts very seriously but invariably introduced fun and humour whenever he could, resulting in lessons that were both hugely enjoyable and highly productive.

Most of Nick’s time at the College was under the stewardship of his great friend Bill Blackshaw - who he thought the absolute world of. The pair, along with Gavin Henderson CBE (Le. 1960-65), famously conspired to bring a collection of priceless Picasso works to the Burstow Gallery in 1982 as part of the Brighton Festival - a show of set and costume designs that live vividly in the memories of all who saw them.

My father’s regard for school traditions and norms seemed to fluctuate whimsically; on numerous occasions I was sternly reminded by his colleagues that his attitude towards chapel attendance and school attire was not to influence my own and that I should follow school rules rather than his example on such matters.

He retired from teaching in 2000 happy in the knowledge that the school’s future growth & development (which he followed closely) was in the safe hands of Anthony Seldon. When he was invited back in March 2008 for the opening of Edward Twohig’s new Art Department he was as excited as I’ve ever seen him at the sheer scope of Seldon’s vision and the extraordinary facilities Edward had been furnished with; he wondered aloud if he might return to work and I think he was only half joking.

A move to Devon provided Nick & Jill an earthly Nirvana in which to make a new life; I’m not sure I ever knew a happier retiree; golf every morning and painting all afternoon (and vice-versa on special occasions) variously interjected with visits from his children, beloved grandchildren, old friends and even former students - he delighted in them all. So relaxed was he in this West Country idyll that ageing seemed to give him a wide berth until relatively recently; only once the grey finally started to de-colour his stubbornly inveterate beard did we all finally accept that it was a real one.

Nick leaves a widely dispersed assortment of family and friends in his wake. He was and is hugely loved and respected and this son is forever grateful to have had him in his life for so long.

The following is from Nick's valediction by Anthony Whitestone's as ity appeared in the 2002 Brightonian Magazine:

The writer must first apologise for the nonappearance of this valediction in last year's Brightonian, as he had overlooked the fact that although Nick retired as Director of Art at the end of the Summer Term 2000, he came back for a term's "cupboard cleaning", which was hardly surprising after more than 30 years in the Art School. I am certain that Nick with his own endearing insouciance towards deadlines will pardon the solecism that is now being put right.

Nick arrived at the College in what from today's perspective seem quite antediluvian times - in 1969; having been appointed by Henry Christie, he was, I believe, the last of his serving appointees to leave the Common Room. Nick went from Sevenoaks School to Maidstone College of Art and then, significantly, to the Royal Academy of Arts for his post graduate studies. He then cut his teeth in Peterborough before arriving here. A 30-year tenure is bound to have its full share of incidents, dramas, successes, and disappointments, and in Nick's case life was rarely dull. His personality was reflected in his colourful dress sense - Directors of Art always seem to have that slightly greater latitude when it comes to dress. Did I ever see Nick in a conventional suit and tie, 1 wonder? And then there was his more than passing likeness to Rolf Harris and what appeared to be a permanent youthfulness.

Nick, over the years, produced some talented artists, many of whom are now successful professionals. His life as a teacher in the Art School of painting, drawing, screen-printing and collage-making always seemed to be carried out in a relaxed way, but the evidence of discipline would come out in the exhibitions of exam work. My feeling is that the area in which Nick was happiest was that of set design, where he had an immense talent. Many a drama production was immeasurably enhanced by Nick's work, and the memory of his Spanish Armada in Sheridan's "The Critic" still lives on in the memory of those who saw it. But Nick's aesthetic brilliance was sometimes accompanied by a nerve-wracking brinkmanship. Had the cast of Adrian Corder's production of "The Boy Friend" rehearsed on the finished set before the curtain went up on the first night? And what about the double bill of "Black Comedy" and "The Browning Version", when the painting of the set for the latter was still in progress during the performance of the former? On a more serious note, one must record Nick's being instrumental in the founding and development of the Burstow Gallery, now a well-established venue for the exhibiting of a whole range of work - a history of the gallery and Nick's part in it has already been recorded in a previous issue of The Brightonian. Indeed, The Brightonian was another instance of Nick's whole school approach to the visual arts, as it was he who transformed, in the 1970's, its visual aspect from its rather conventional and fusty predecessor.

Nick's own work cannot go unmentioned - his preference being for landscapes (often with subjects) in both oils and watercolour. He has had work hung (and rejected!) by the Royal Academy Summer Exhibition and has held private showings and exhibitions in a variety of venues, the most recent being at Green College, Oxford, where it was evident that Nick's skill and endeavours were enriching (in both senses) his retirement - not, I believe, that Nick views his post-Brighton College life as such. Nick loved his craft and the College, which he served with panache for so long. His talents, allied to an infectious sociability, will help him continue a charmed and fulfilling life for many years to come. Albeit a year late, our good wishes and thanks to Nick are no less heartfelt.