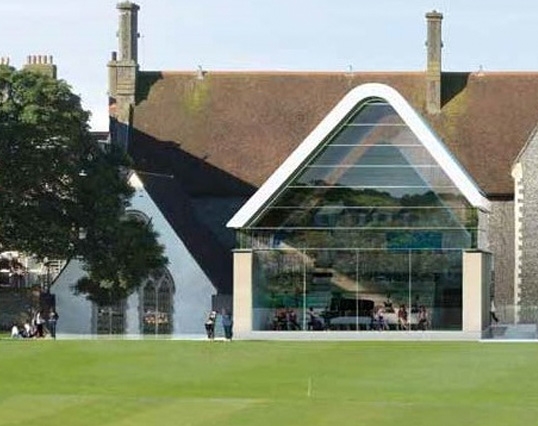 As the Music School progresses, so the vision of a new Music School for the College is finally coming into focus. Alongside many other advantages that the Music School will bring, pupils will also benefit from state of the art recording facilities, enhancing and refining their performance techniques and of course recording them for posterity.

The Recital Hall, which will seat 150 on bench style seating will be the jewel in the crown of the build. Spectacular visually from the outside and aurally spectacular from the inside, the Recital Hall will give Brighton College a space for pupils to inspire and be inspired, helping music to soar at the College. Thank you to everyone who has helped this vision to become a reality.

We are delighted that Old Brightonians are taking this opportunity to celebrate their connection with the College and are of course very grateful for the generosity of the many people who have contributed to our fund. If you are interested in sponsoring a seat by having an engraved plaque affixed, simply download this form for full payment and naming details.

Here is a list of some of those who have sponsored a seat and some of the plaque names so far: