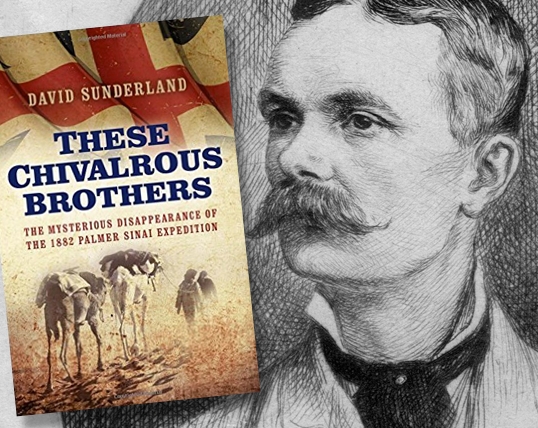 The story of William Gill (BC. 1856-61) is told in the forthcoming book, "These Chivalrous Brothers"

My book ‘These Chivalrous Brothers. The Mysterious Disappearance of the 1882 Palmer Sinai Expedition is to be published on January 29th. The book tells for the first time the story of the Palmer Sinai Expedition, a spying and terrorist mission that ended in the murder of its participants and was one of the great cause célèbre of the nineteenth century.

An historical ‘who-done-it’, an adventure story, a history of the Anglo-Egyptian War and a biography of those involved in the controversy, it explores the gulf between the Imperial ideal and reality and provides an insight into the character of the men who built the Empire. One of the three Englishmen killed was William Gill, who was educated at Brighton College, and, whose family, on his death, funded three College scholarships to be awarded annually to the sons of army officers.

The book recounts Gill’s remarkable life and would thus perhaps appeal to College alumni and make a valuable addition to the College’s Library.

Further information can be found here >>