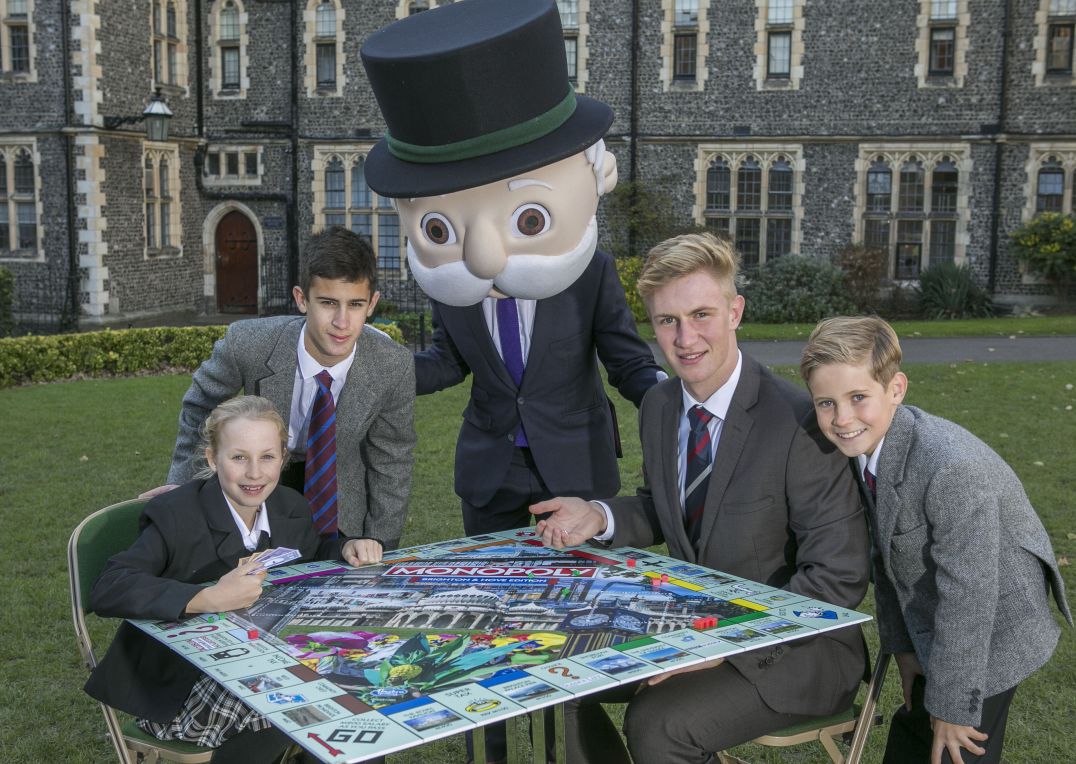 Brighton College lands on the New Brighton Monopoly Board

We are delighted to announce that both Brighton College and Brighton College Prep and Pre-Prep appear on two spaces on the new board in the Brighton and Hove edition of Monopoly, which was released last month. Traditionally taken up by Regent Street and Bond Street we sit on two green spaces!

We are proud to be on the Brighton and Hove board alongside other historical landmarks of our beautiful city, including the West Pier, Brighton Marina, and the Lanes. To celebrate, none other than Mr Monopoly himself visited the school to pit his wits against sixth formers and little ones alike, and the pupils won, of course!