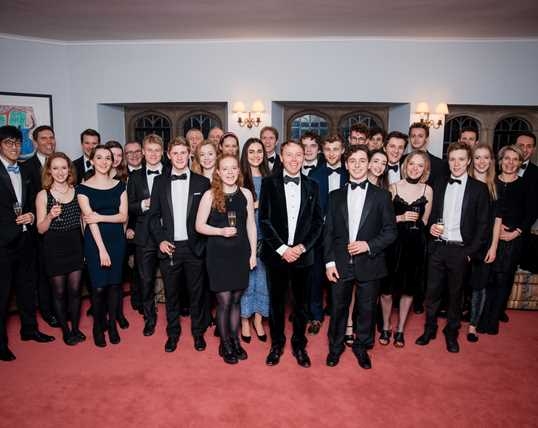 For seven years now we have held a dinner for the OB Oxbridge students, alternating between Oxford and Cambridge. The number of OBs currently enrolled at these great institutions is now so large (last two years 29 OBs and 39 to go up in September) that we held our first Brighton College Oxford Dinner on Thursday 4th February, with 'Cambridge' following on 4th March at Downing College.

23 Old Brightonians currently studying at Oxford were joined by Head Master Richard Cairns and other senior members of staff for a gorgeous venison hot pot and gooey chocolate cake at Magdalen College. Joe Carr-Hill, the current Director of Studies, made a speech, updating the OBs on developments at the College and shining a light on some of the more amusing stories involving those present.

The compulsory after-dinner drinks followed, at 'Be At One', where the cocktail of choice was the 'Vesper' (do try it!) and the after-after-drinks club of choice was 'The Bridge'. It appears that much fun was had by all, and we look forward to the new tradition of two dinners each year continuing indefinitely!