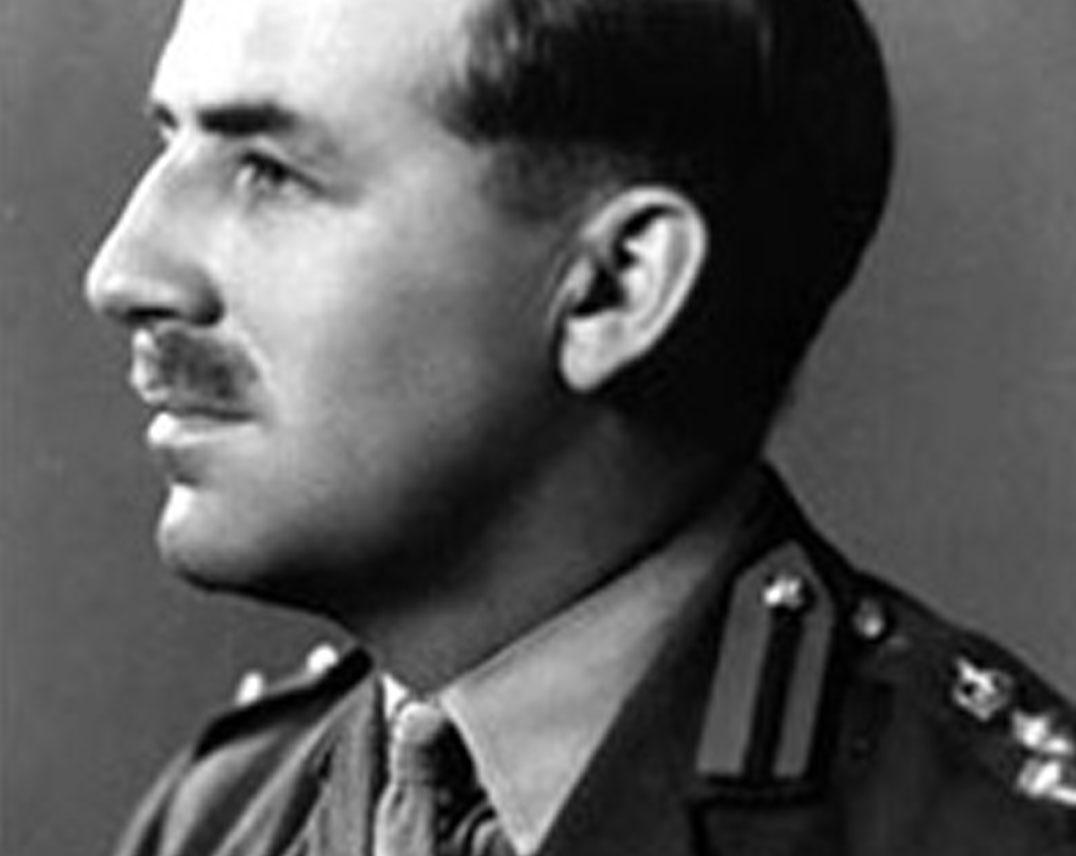 Major General E H W Grimshaw (G. 1925-29) who has died aged 96, won a DSO in Burma and saw repeated front-line service in a career which ranged from the North West Frontier of India in 1932 to the Eoka operation in Cyprus in 1956.

Major-General Harry Grimshaw, who has died aged 96, won a DSO in Burma and saw repeated front-line service in a career which ranged from the North West Frontier of India in 1932 to the Eoka operation in Cyprus in 1956.

Grimshaw accompanied 161 Indian Infantry (Mechanised) Brigade (161B), part of 5th Indian Division, to Burma in 1943 and fought in the first successful operations against the Japanese in the Arakan. Hurriedly withdrawn from the front line, the brigade was flown to Dimapur on the northern front and held the Japanese at Kohima.

During the siege, Grimshaw took command of 1st Battalion 1 Punjab Regiment (1/1PR) and they played a notable part in the fighting and in the pursuit of the Japanese 33rd Division in monsoon weather through the wild country to the Chindwin river. Awarded a DSO and promoted in the field by General Sir William Slim, he returned to 161B for the final advance to Rangoon. At the age of 33 he was one of the youngest brigade commanders.

Ewing Henry Wrigley Grimshaw (always known as Harry) was born on June 30 1911 in India, where his father was serving with 1PR, and was educated at Brighton College and Sandhurst.

He was commissioned into his father's regiment in 1931 and up to the outbreak of the Second World War saw service in the tribal territories of the North West Frontier and later against terrorists in Bengal. He loved this period of his service when he was able to indulge his passion for fishing and big-game shooting in the Himalayas.

In 1939 Grimshaw rejoined 1/1PR as adjutant and moved with the battalion to Iraq and then to Libya. Following the withdrawal to Gazala in 1941, his battalion transferred to 161 B and, after the final battle of El Alamein, he went to Burma with the brigade.

After the Japanese surrender, Grimshaw accompanied the brigade to Java where trouble had broken out at Surabaya but he returned to India in 1946 and the next year went home to Ireland. He had had almost nine years' continuous service overseas.

When India gained its independence, Grimshaw transferred to The Royal Inniskilling Fusiliers and went with them to Malaya at the beginning of the campaign against the terrorists. In 1952 he commanded their 1st Battalion in the Canal Zone before taking them to Kenya to help put down the Mau Mau insurrection.

In February 1954 a large terrorist gang entered the Fort Hall area where the battalion was stationed. Grimshaw ordered his men to engage and pursue them and through his skilful control of the operation and the tenacity of his men, contact with the fugitives was maintained and the terrorists were virtually exterminated.

A fortnight later, when a district officer was ambushed and killed near Battalion HQ, Grimshaw and three soldiers rushed to the scene to find a police inspector surrounded by insurgents and fire coming from the Home Guard post which they had captured. Armed only with a revolver, Grimshaw led a spirited four-man charge up the hill whereupon the terrorists, some 20 in number and well-armed, took to their heels. Grimshaw was appointed OBE.

His next posting was to Northern Ireland as Chief of Staff but his tour was interrupted by the Suez crisis in 1956. At four days notice he took command of 19 Infantry Brigade, part of 3 Division, brought his battalions to battle-readiness and took them to Suez.

He was the last British soldier to leave Port Said after handing over to the UN Force Commander. He was awarded a CBE for his part in the operation.

In 1958 Grimshaw took his brigade to Cyprus, where it was deployed in the Limasol area in the hunt for the terrorist leader General Grivas. His final staff appointment was as Deputy Director of Movements at the War Office.

In 1962 he became GOC 44 Division (TA) and Home Counties District; and he was appointed Deputy Chief Constable of Dover Castle, a post in which he served under Sir Winston Churchill.

He was Colonel of The Royal Inniskilling Fusiliers from 1966 to 1968. In the latter year, when the Irish regiments amalgamated, he became Deputy Colonel of the Royal Irish Rangers.