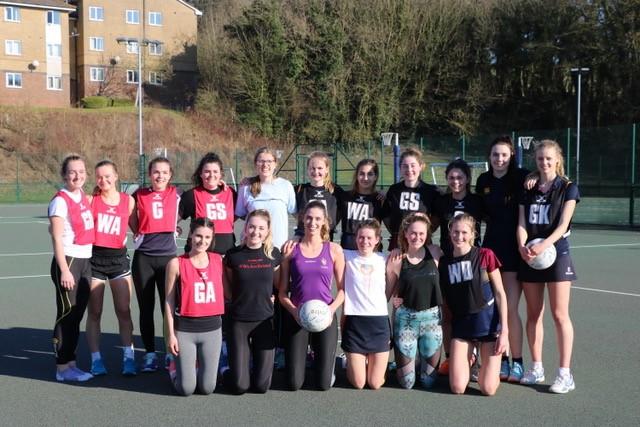 It was wondeful to welcome back a brilliant Old Brightonians team saw of former 1st VII Netball players to take on the current 1st VII in an exciting and hugely entertaining match on Saturday 23rd February 2019.

The former pupils had not lost their touch with many having kept their passion for the sport representing University teams and Club sides and the flair and enviable skill that once earned them a Brighton College 1st VII place soon emerged in their play. The initial quarter saw the Old Brightonians team struggle to content with the speed and fluency of the 1st VII but as the match progressed play was far more even and the match was intensely competitive throughout. The current 1st VII took the narrow victory but were pushed to the final whistle admirably keeping their composure and patience on the ball.