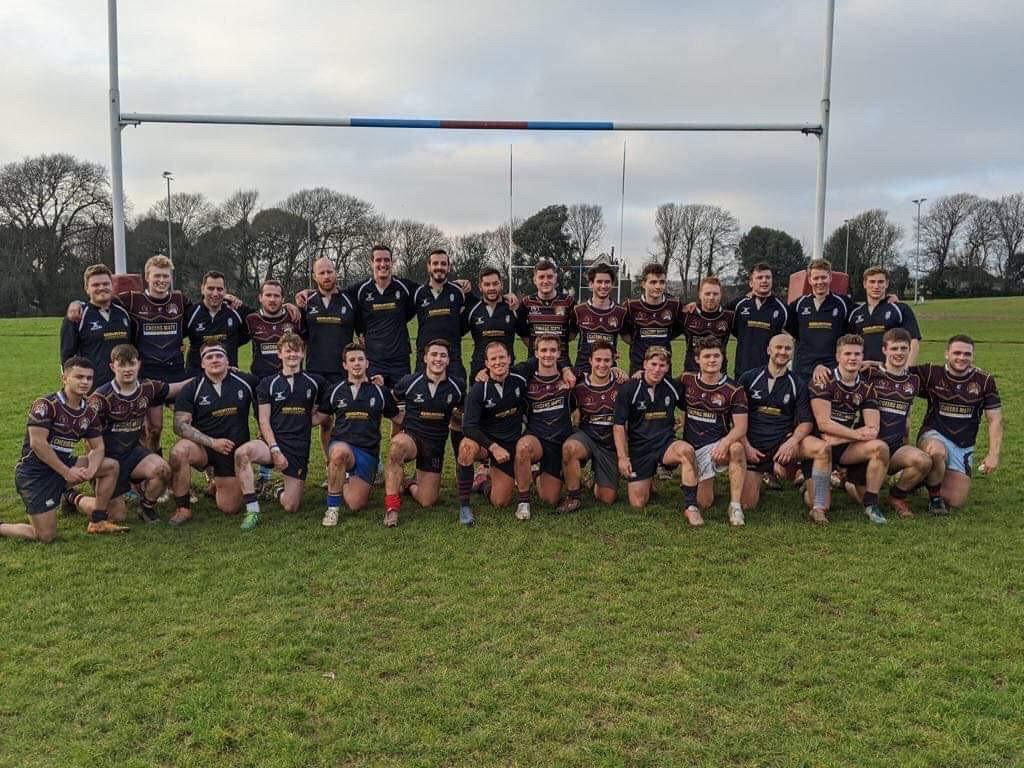 As is tradition, just after Christmas Old Brightonian rugby players came together for the Peter Rumney Memorial Match played at Hove Rugby Club.

Benji Wroblewski, team coach, has written this report about the day's events:

The Peter Rumney Memorial Trophy had a different feel to it this year. Usual opponents Hove RFC are having a bit of a renaissance in their league this year, and so wanted a Christmas rest, leaving the boys without their traditional opponents. However, Adam Phillips (Ha. 1998-2003) came to the rescue, who assembled a team of “old” Old Brightonians who became the opposition against “young” Old Brightonians (or the “YOBs” as we liked to call them!).

The match itself was an absolute ding-dong of a game. Miles Dibsdall (Du. 2010-15) (grandson of Peter Rumney) gave a rousing team talk and off the teams went. With just 2 minutes played, the YOBs have had the ball for the entire time and quickly they scored in the corner… everyone saw there was going to be a lot of running in this game! Then came the lowest scoring 10 minutes of the game as both sides decided they would rather drop the ball and let the front-rows have a rest – how very kind of them! The “olds” scored the next try, under the posts, and another, out wide this time: Jon Searle (Ha. 2013-18) and Miles Dibsdall respectively. The YOBs then scored twice with Alex Maguire (Le. 2010-15) and Aaron Pearsall (Le. 2013-18) grabbing scores. It suddenly went a bit mad as huge tackles were flying in from Elliot Stiglitz (Le. 2011-18), carries from Ollie Evans (Ry. 2012-17) and wide passes from Liam Evans (Du. 2011-16) but finally, the referee blew his whistle for a half-time break.

The second half started with another piece of classic College rugby: Harry Venn (Ab. 2012-17) with a cheeky kick-off to his winger, ready to catch and score in the corner while the “olds” could only stand and watch at the cleverness of the play. He then kicked off to his winger but was intercepted by the “olds” and they scored unopposed in the corner.

Before the end of the report I must mention Adam Phillips’ first-half drop goal from 40 metres which sailed towards the posts as Adam ran back to the halfway line, hand aloft like a young Alan Shearer... only for the ball to drop short by 35 metres.

A fantastic day out for all, a game that was played in true Old Brightonian rugby fashion with plenty of flair and passion on show, and had former pupils and members of the Common Room getting together to share fond memories.