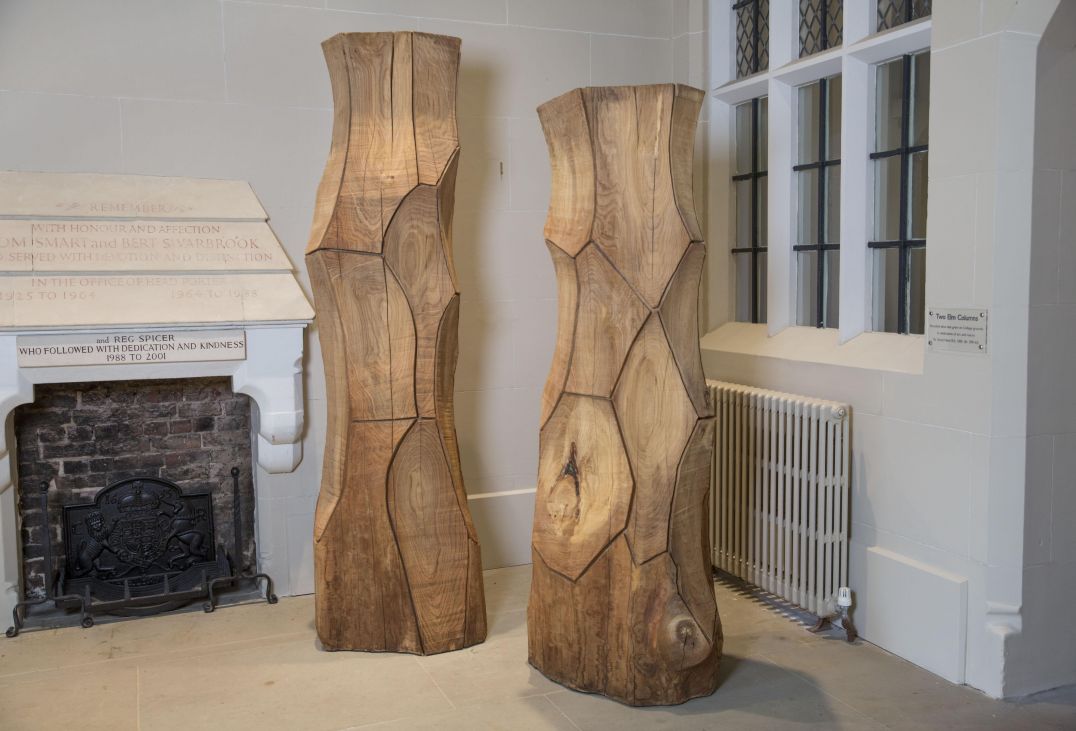 World-renowned sculptor and Old Brightonian David Nash (Br. 1957-63) has created Two Elm Columns, which were installed in the heart of the College on Thursday 14th October 2021.

The two striking sculptures were made from the elm tree that made way for the Kai Yong Yeoh Building (opened in 2017), and are an incredible addition to the school.

In David's own words:

The sculptures I make address the physical fact of us as humans living in and depending upon the reality of Nature.  I am not attempting to make a pictorial image nor an argued statement of explanation: I just want to find a form that carries the sense of the process of its making and the sense of a human behaviour and intention. A form that honours the origin of its material.

The material ‘wood’ is familiar to us all.  It comes into the world from millions of years of evolving, each species adapting to its environment. The living tree takes just enough from its surroundings and gives back more.  In life the trunk thickens, the branches lengthen, the roots deepen. In life they are social and communal.  The tree only becomes wood when it is no longer alive and in death, that wood carries the echo of that tree’s life and character.

The trunk of the tree is a column of strength and stability.  Columns rise from their base, up through the middle to the top.  With “Two Elm Columns” I have articulated these areas of movement with facet cuts creating edges where the facets meet.  By carving away the edges the facets become more individual in shape and texture.  The eye ‘reads‘ the differences and builds the form in the mind.

Next time you are at the College, make sure you take a walk up through the quad to the Clock Tower in the main school building to see Two Elm Columns, which are a true celebration of art and nature.