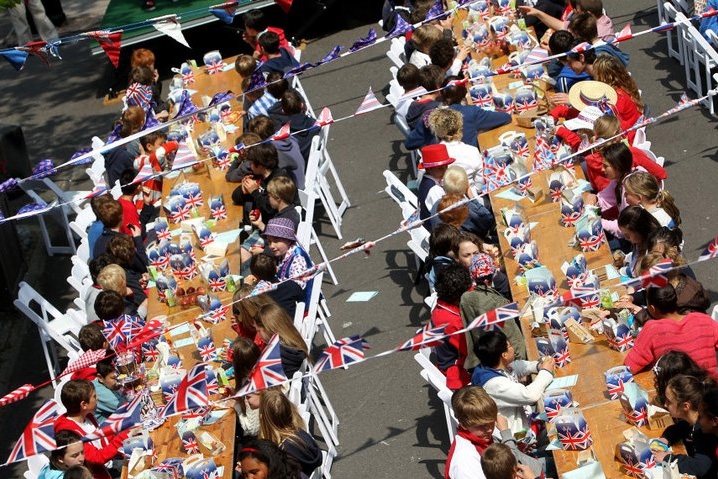 In what was probably the second most anticipated event of Royal Wedding week, the front quad was decked out in red, white and blue on Thursday 28th April to celebrate the forthcoming marriage of Prince William and Kate Middleton.

The event started with the College and Prep schools gathering together for a traditional street party under union flags billowing in the April gusts. The pupils were entertained, while they ate their lunch at long tables throughout the streets of the quad, by the outstanding swing band and some excellent House performances. They were then joined by the Pre-Prep pupils who greeted the waiting crowd with a lovely rendition of the British music hall classic "It's a Long Way to Tipperary".

Parents had kindly sent in miles of bunting to festoon our tree lined avenues, which was also draped in union jacks and artworks by the pupils. A wonderful painting of the Royal couple had been undertaken by the Art Department which was hung from the library windows to spectacular effect. A right royal time was had by all.