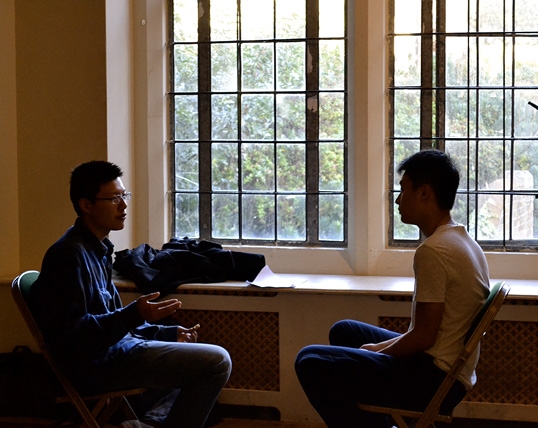 Old Brightonians return to the College to meet the Oxbridge hopefuls

Fourteen current and recently graduated Oxbridge Old Brightonians came back to the College on Thursday evening to talk to our current Oxbridge hopefuls.

The evening began with short talks by Issah Abdul Moomin (A. 2009-11) who is currently studying Politics, Philosophy & Economics at Lady Margaret Hall, Oxford, and Rekha Rogers (W. 2009-11)who is studying Law at University College, Oxford. The groups then divided into specialist subjects and our OBs put the pupils through their paces with mock-interviews. The evening finished off with a Q&A session in the Great Hall. Many thanks to all of our Old Brightonians who came back to Brighton College to help with the evening, and we wish them all the best as they had back to their respective College's in the next few weeks.