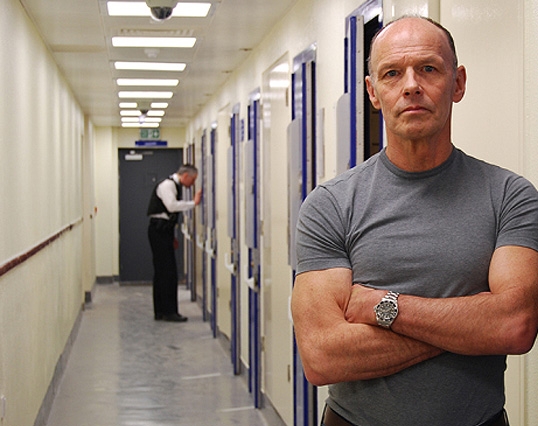 A new documentary series from Chris Terrill (A. 1965-70) broadcasting on Channel 5

Every year, 20,000 people leave the armed forces, but how do they cope with the return to civilian life? It's a question that British journalist and filmmaker Chris Terrill (A. 1965-70) has set out to answer in this four-part documentary series.

In the opening episode on Monday 8th April 2013 on Channel 5, he meets ex-servicemen who have been jailed for assault and murder. Prison psychologist Angela Holmes explains that 'in a different walk of life, they've been told to use violence as a mechanism for resolving conflict' - so it's unsurprising that these men are wont to snap.

Keith has four years to go until his release from a maximum security prison. The softly spoken Scot spends his time painting incredibly detailed images that he describes with great affection and sorrow, which makes it difficult to see him as the axe-wielding murderer he was convicted as.