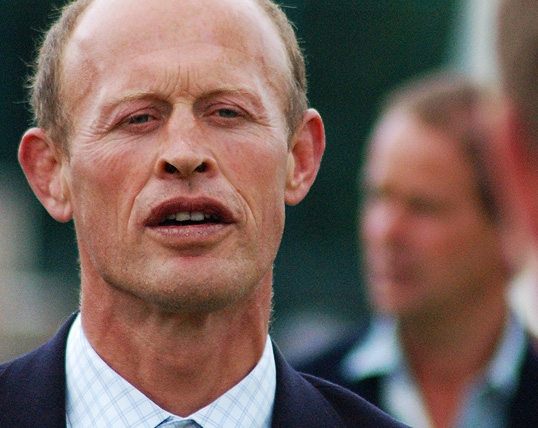 The College in infused with their lightness of touch, and their humour, and Hampden House in particular has benefitted from Julian's particular panache and style over the years, and is held in great esteem by boys and parents alike. As well as a busy life as a House Master, Jules has been a great supporter of Old Brightonians Cricket over the years, for which the Old Brightonians are very grateful. To this day he has organised the OBCC's participation in the great Cricketer. All great things come to an end though, or at least move on, and we are delighted that Julian will be undertaking the role of Head Master at St Christopher's Prep School this coming Michaelmas.

Celebrations of Jules's time here are planned for Friday 28th June - with a 20/20 cricket match made up of a John Spencer OB side and a Julian Withers selected College side. Play will commence at 3pm on the Home Ground. All those wishing to play should contact Joey Appleton (D. 1979-84) on This email address is being protected from spambots. You need JavaScript enabled to view it..

All those wishing to come and watch are very warmly welcome!

When were you at the school?

What did you want to do when you left?

I wanted to play cricket or rugby for England when of the age when one has such dreams, and later thought I would go into Law.

What have you done since leaving school?
After four years at Homerton College, Cambridge. I returned to Brighton College to teach in 1986, intending to move to another school after a couple of years. I am now in my twenty seventh year at Brighton College, where I have thoroughly enjoyed teaching History and English, coaching rugby and cricket and running first Fenwick House (in partnership with Alison, my wife), and then Hampden House for the past eleven years. I have recently been appointed to the post of Headmaster of St. Christopher's School, Hove, which is a member of the family of Brighton College Schools.

What are the most rewarding and challenging parts of your present job?
The most rewarding is the excellence of pupils whether achieved in the classroom, on the sports field or on stage. Often this can also be quite humbling. And the support and friendship of colleagues. The greatest challenge is finding enough time to give to pupils.

The best piece of advice given to you?
Bill Blackshaw warned me 'if you drive round a corner too fast, you must expect to bear the consequences' (just before caning me). I am afraid to say that I have not applied that advice. Peter Perfect, who some readers will remember, told me 'never cut before August', advice I have also failed to apply. I should apologise to both Bill and Peter.

My best memories of school?

Lessons with Philip Robinson, who was a brilliant teacher, friendships in the Sixth Form and rugby and cricket with two highly successful teams in the early eighties.

Of what are you most proud?
My children, Georgina, who is fourteen and Oliver, who is ten.

What would you take to a desert Island?
Plenty of good wine, a radio (to listen to Test Match Special in the main) and my stamp collection (which is a little bit sad). I could then happily busy myself with all three.

How would you like to be remembered?
As a loving husband and father, and a good friend.