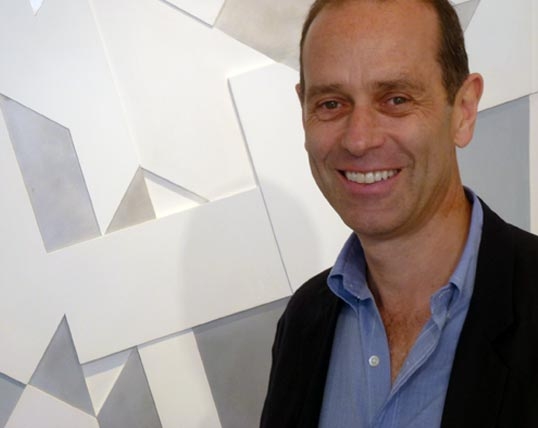 Mark Green (A. 1973-78) has been pretty busy in the world of patent-law since leaving the College, but has also found time to undertake an impressive amount of cycling, and was a Games Maker Team Leader at the 2012 Olympics.

Mark has been involved in the Brighton College Entrepreneurship Programme for the last few years here at the College and will be back again this September, to our Heads of School Dinner. Despite being part of the 1978 1st XV, which he claims to have been the least successful in the College's history, he is also supporting the College's Sports Scholarships.

Successful in whatever it was I chose, which meant professional football and cricket were out. We had a careers test in the sixth form, which decided that being a patent agent was good for someone who liked science and could write. I was put in touch with Chris Pett, a partner at a local firm in Brighton. I never found anything better to do, so here I am, thirty plus years later doing the job that test selected. I recall a careers day we went on to the City and a visit was to Barclays investment bank. The people in the room were staring at new-fangled computer screens. It seemed rather dull, and I am pleased to say I have not changed my mind.

Professionally, I am partner at Urquhart-Dykes & Lord in London. We advise on patents, trademarks and IP in general . I specialise in medical engineering and brand protection. Thirty years ago, no one had really heard of intellectual property - now it dominates business thinking, particularly in the electronics and pharma worlds. In my spare time I am a keen time trial cyclist. I found out too late it is the one sport I am actually quite good at, probably because it involves no ball skills. I seem to have the right physique and the ability to ignore pain that the sport involves. You can get through pain - it is temporary. Time trialling is great for geeks - it's all about small improvements, be it aerodynamics or fitness.

Many happy memories - mainly non-academic. The Silver Jubilee Parade in 1977 of the reserve forces at Wembley when the College was selected to represent the CCF cadres. A house rugby match for Aldrich against School - won 3-0 with a late drop goal. "Round the Table" table tennis matches in the house common room. Winning the Regional English Speaking Union with Ingram Losner and Colin Bexley - we were so sure we had not won we had gone off to play five a side and had to be called back in to collect our prize, still dressed in football kit. The friendships built up which last today. Luckily the good memories have blanked out the bad ones, although not the shame of being in the worst ever 1st XV to represent the school in 1978. A 50 plus point away defeat to Eastbourne College, followed by a trip home in the awful blue bus the school owned was the low point. I heard someone set fire to the bus on Christmas Eve a couple of years later. Not to be condoned, but....

4. What was the best piece of advice you were given

Keep your friends close but your enemies closer. A quote from Michael Corleone in The Godfather which is helpful to remember in business, particularly in a partnership. I was told early in my working career by the office manager to always be on time for a meeting, and to dress smartly. Being on time is very important....after all, I charge by the hour!

I advise on how to be successful and to make money from ideas. Specifically, I advise entrepreneurs and businesses on how to protect their ideas, by patents, designs and trademarks so they can leverage full value from them. Ideas are key to our economy, and in the past we have given too many away. I like to think we are becoming more aware as a country of the importance of innovation. I meet a wide variety of people, all very enthusiastic about what they are doing. The entrepreneur societies which are starting up, such as the one at Brighton College, are a great idea.

Advising corporates when they cannot launch a brand which they are ready to go to market, because they will fall foul of someone else's trade mark rights. Sadly, clearing a brand for use is often well down the list of priorities, and should be one of the first things to be considered. Sometimes sitting round a partners meeting when "a lively discussion ensued" as the minutes put it. Luckily, a compromise is always worked out if there is disagreement, which is the best way. Never be too proud to admit you are wrong - argue, but accept other people's point of view.

8. What have you done that you are most proud of

In business, working with Pfizer to write the IP to protect the Viagra product and brand. Socially, working with a fantastic group of people as a Games Maker Team Leader on the cycling team at London 2012. To quote Lord Coe - "When our time came, we did it right". I like to think we made the country proud and have left a legacy for future generations.

The mental strength to stick to whatever I resolve to do, be it training harder, eating better, being more efficient. I know what to do, it is doing it that is the problem.

A supply of a first growth Bordeaux.

The object of my desire....

He made people smile!