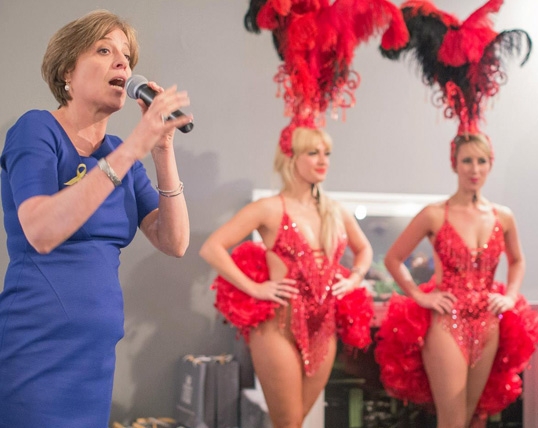 Wednesday's Charity Gala at the BADA Fair in London turned out to be something of an Old Brightonians' reunion... as seems so often to be the case!

Another OB, Dr Jonathan Palmer (A. 1969-74) and his company, Motor Sports Vision (that owns Brands Hatch), donated a terrific package of tickets & merchandise to this Summer's Nascar event at Brand Hatch and a driving experience.

The glittering gala was held in aid of The Neuroblastoma Society which funds research to treat children affected by this rare and aggressive childhood cancer and in honour of Lizzy Bremer, daughter of Miriam and Alex (R. 1979-83) who lost her courageous battle with the disease in July 2013, just two days after her second birthday. Lizzy was also the granddaughter of Nick Bremer (Director of Art, Brighton College, 1969-2000) - all present on the night also...