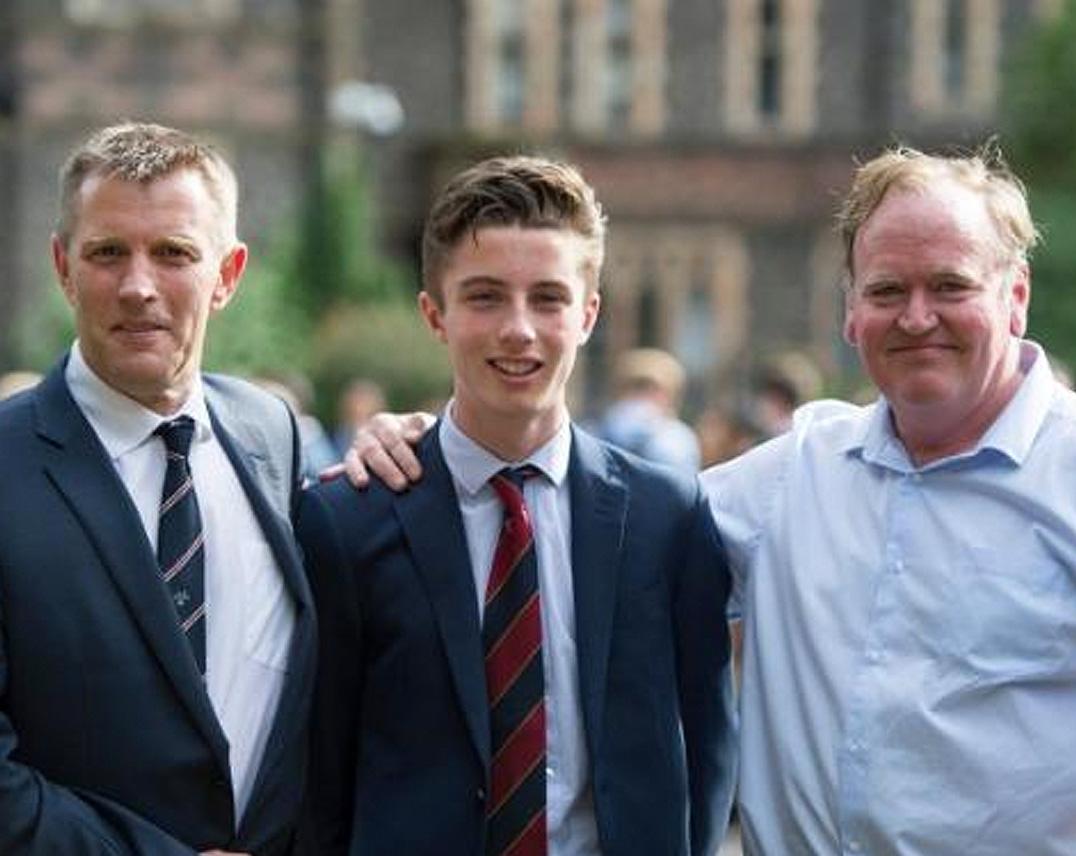 Generations at Brighton, The Carden and Thompson families

We were all very moved at this year's Graduation Ceremony and Service in late June, to bid farewell to Harvey Thompson (Al. 2013-18) as well as welcome back his father David Thompson (Al. 1976-80 ) and uncle, Tim Carden (Le/Ch. 1976-80).We had no idea how embedded the College is in both families histories, and were fascinated and decided to dig deep into the College archives to find out more.

Harvey is the fourth generation to have attended Brighton College, his family has over 100 years of involvement in the school.

"It seemed a fitting tribute to celebrate, as Old Brightonians, a long and proud association with the school."- Tim Carden

D'Arcy Carden (Sc. 1906-10), entered the College in Michaelmas 1906, leaving in the Summer term 1910. He was the son of the solicitor Sir Herbert Carden was often known as the 'Maker of Modern Brighton.', Mayor of Brighton from 1916-1919. Sir Herbert was a patrician socialist, from an Old Brighton family and a wealthy solicitor and most importantly he was a strong advocate of municipal enterprise- he was the force behind municipal telephone and tramway systems. However, it is agreed that his legacy is in the city's downloand landholding- today standing at around 14,000 acres. Carden believed that the Downs should be preserved for residents' enjoyment and to ptorect the city's water supply. He used his own money to buy land when it was available, and resold it to the council at no profit. It was in this way that the Devil's Dyke state of 190 acres was acquired in 1928, today belonging to the National Trust.

D'Arcy followed in his father's footsteps and was admitted solicitor in 1922, after having fought in the Great War serving as a 2nd Lieutenant in the Royal Field Artillery in 1914, promoted to Captain in 1916 and to Major in 1918. He served in Egypt, Palestine, France and Flanders during the War. 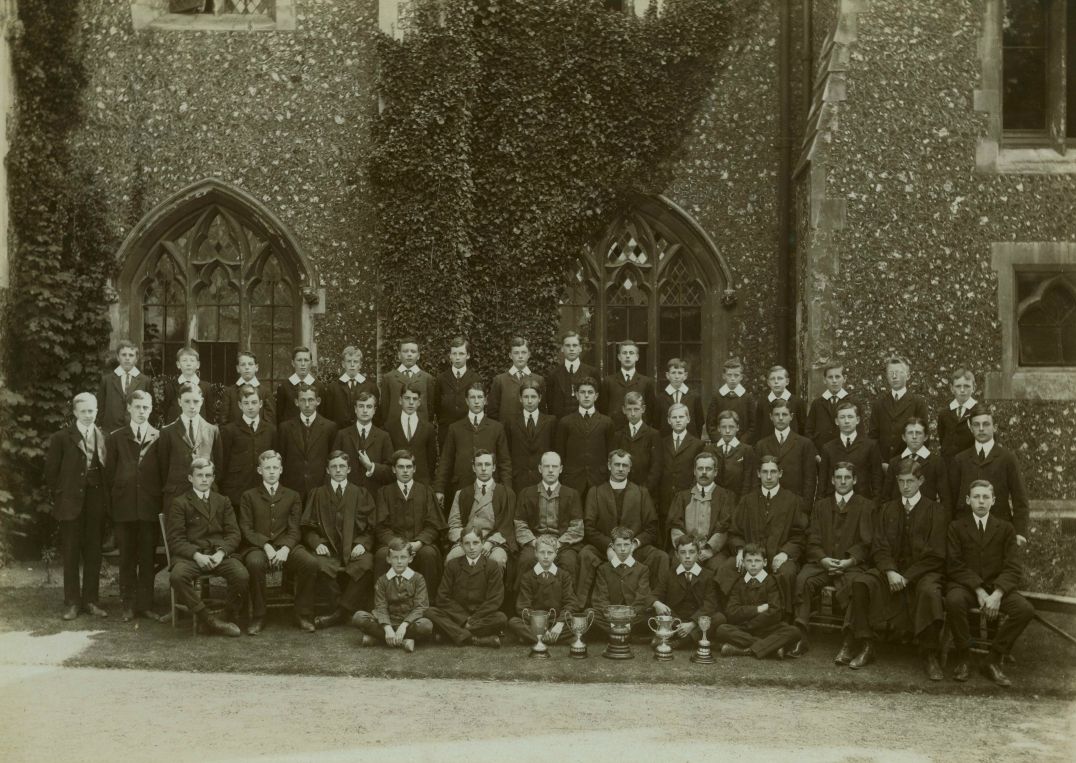 D'Arcy's son, John Herbert Carden (1942-1946), Harvey's maternal gradnfather, originally entered the College in September 1940 as a Day Boy, rather than a boarder like his father, at the Junior School and consequently joined the Senior School in January 1942 first in Hampden, then entered Aldrich House in September 1945. He was made a school Prefect in September 1945 and then Head of House, September 1945. John was a particularly busy pupil, being a member of Games Committee, Secretary of Archaeological and Philatelic Societies and of Spotter’s Club, member of Amateur Dramatic and Shakespeare Societies, assistant Troop Leader, sub-Librarian. He Left BC in March 1946 and ent into the RAF upon leaving the College. John's son, Tim Carden (Ch. 1976-1980) entered the Junior School in May 1973, entered the Senior School in 1977. His brother James Carden (Le. 1980-85) also attended the College, playing in the Rugby 3rd XV in his final year.

Aldrich House, 1945, John Carden sits on the left hand side of his House Master. 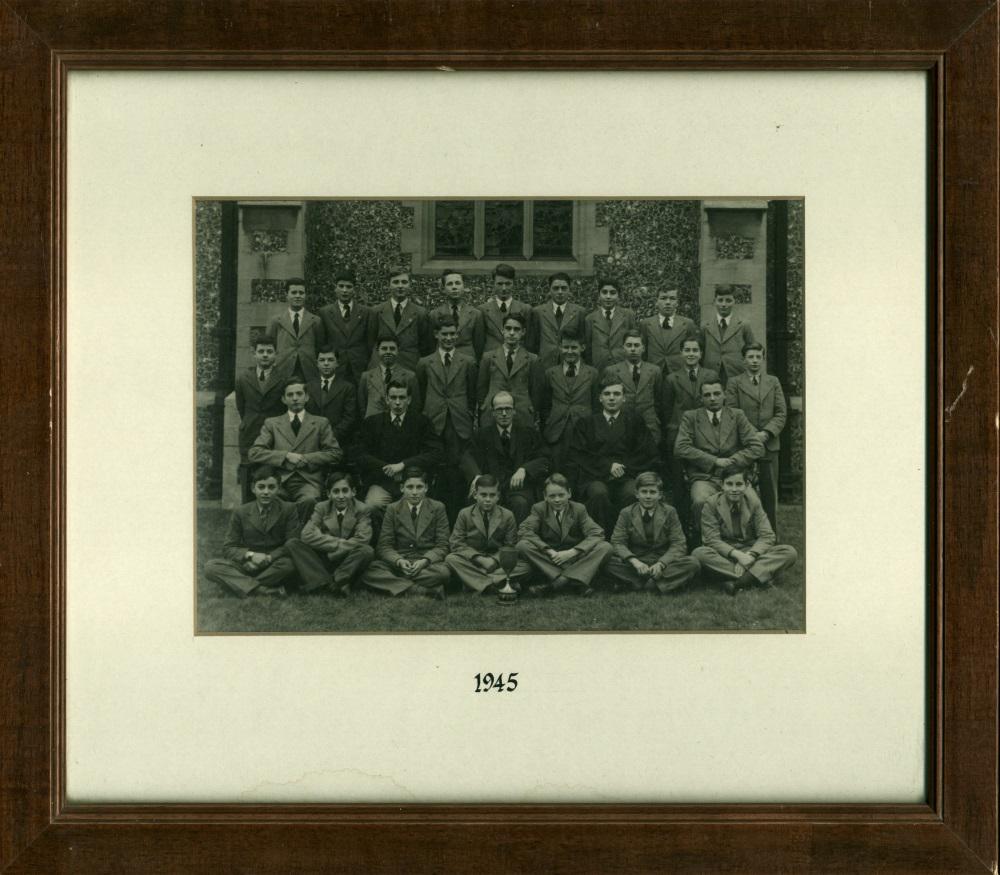 David Thompson (1976-1980), Harvey's father, like his father Clive, was a house prefect and an excellent sportsman in Rugby and Cricket, he played in the Cricket XI, and the Rugby 2nd XV, in his final year.
Below you can see David in the 1st XI in 1980. 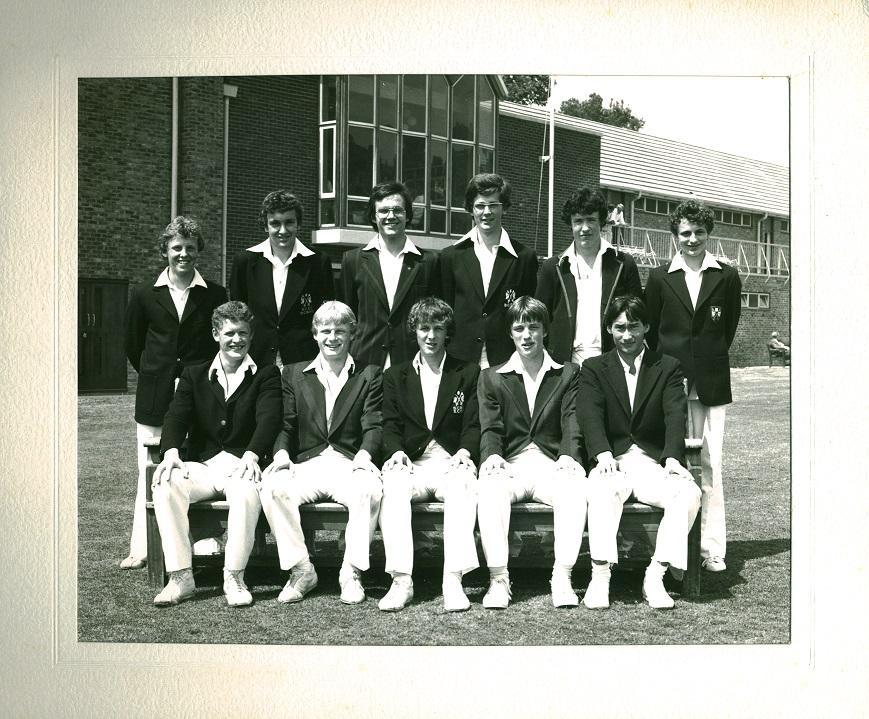 The plot thickens! Tim Carden and David Thompson were contemporaries at Brighton, and joined forces as a family when David married Helen, who is Harvey's mother. Harvey did brilliantly in his A levels in Maths, French and Economics, and is now reading Economics at the University of Bath from this year. He follows in the footsteps of his predecssors, another keen sportmsan. We were really touched to read the words written by Harvey's uncle, Tim:

"We are all proud to be called Old Brightonians, as we are sure Harvey will be too. We would like to take this opportunity to express our appreciation of our times at Brighton College. This may appear to be the end of an era but we hope that some of the next generation of Thompsons and Cardens will join the school roll in years to come."