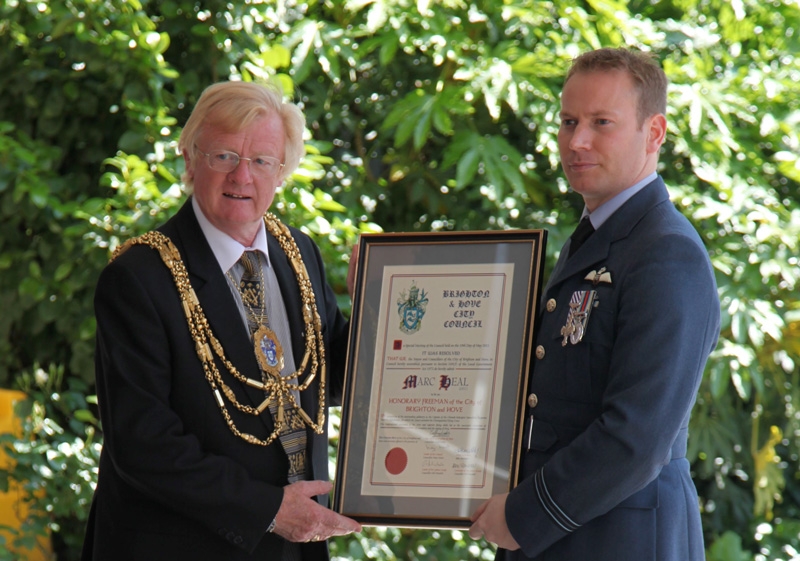 A former Brighton College pupil who rescued 29 casualties in the heat of a battle in Afghanistan has been awarded the freedom of the city. Flight Lieutenant Marc Heal (L. 1994-98) is one of only four people to receive the Honour.

The Old Brightonian pilot has already been awarded the Distinguished Flying Cross (DFC) by the Queen for his actions. He captained a Chinook helicopter immediate response team (IRT) during Operation Panther's Claw in July 2009.

He commanded eight IRT missions and rescued 29 casualties. Flt Lt Heal attended a special council meeting on Thursday to receive the honour. It was given "in recognition of his outstanding gallantry as the Captain of the Chinook helicopter Immediate Response Team in Afghanistan for which the Queen awarded him the Distinguished Flying Cross".

"The inspirational command of his crew and superior flying skills led to the successful extraction of 29 casualties and the saving of lives."