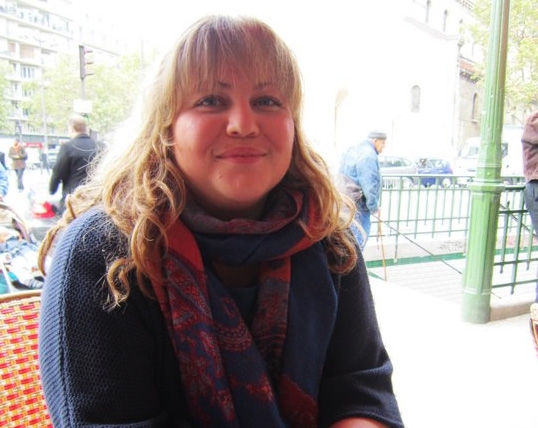 Kate lives in Paris, working as a journalist for the international news channel France 24.

What are you now you've grown up?

I'm a journalist and producer at an international television news station based in Paris called France 24.

What is your best memory of school? Maybe not one of my best but certainly one of my clearest is arriving to an economics class to find out we had a test and that as we were only 3 in our class that the teacher would be asking us questions out loud and we would have to draw the relevant graphs on the board at the front of the room. I suppose I have always loved the adrenaline rush of being put on the spot.

What was the best piece of advice you were given?

You'll never get what you don't ask for.

What does your job involve?

Well I have two jobs...as a journalist I write scripts, edit video footage and voice reports to be broadcast. As a producer I create a news rundown, choosing which stories to cover and how, checking every report, script and headline. And then direct the whole show in the gallery live.

The most challenging thing is reacting to events in the gallery. That can be breaking news coming in or a correspondent's video feed cutting out just before you need them on air. You only have seconds to make decisions, communicate them to the gallery operators, the presenter and the reporters out in the field... and make sure it all looks seamless on air.

What have you done that you are most proud of?

Quitting a steady job at a magazine to move to France as a freelance journalist.

What is the single thing that would most improve the quality of your life?

Not having to wake up at the crack of dawn. Although shifts rotate most of mine start at 4am to prepare the morning show.

For my practical side: some sort of salt water into drinking water distilling machine, for my sweet tooth: a lifetime supply of Dairy Milk chocolate, so that I don't get bored: (and potentially for rescue purposes!) a two way radio so I can chat to friends and family.

Hopefully as smart, kind, a bit spontaneous and funny.