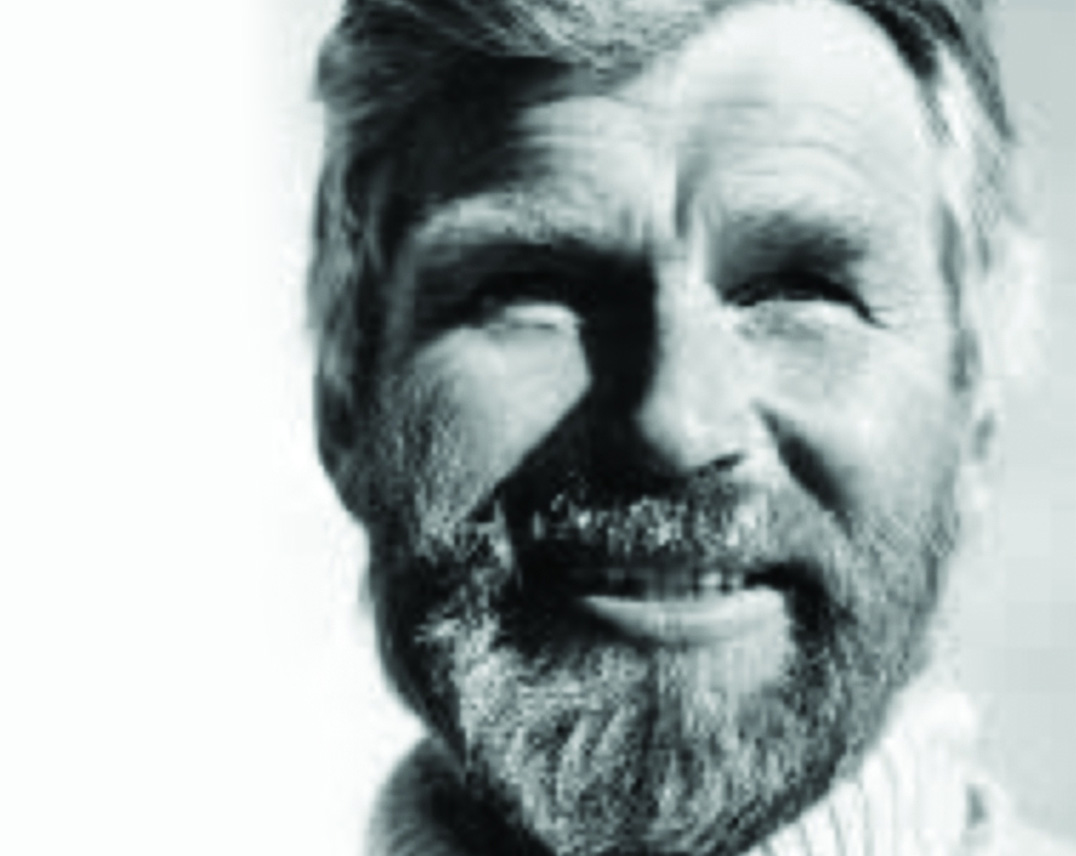 Standing at more than 6ft, strong, austere and possessing thunderous eyebrows, Vivian Fuchs was a natural leader who had no need to coerce people to get his way. An explorer with instinctively big ideas, he was also a patient and painstaking master of detail, which ensured that the first surface crossing of the Antarctic, in 1957-58, was successfully concluded, despite something of a contretemps between Fuchs and Sir Edmund Hillary along the way.

Vivian Ernest Fuchs, known as "Bunny", was the son of Ernest Fuchs, who had emigrated from Germany as a child, become a successful farmer and married an Englishwoman, Violet Watson. Fuchs was educated at Brighton College and St John's College, Cambridge, where he read natural sciences.

His interest in polar exploration was aroused by his tutor, Sir James Wordie, who had been with Shackleton on the abortive Imperial Trans-Antarctic Expedition of 1914-16, when their ship, the Endurance, was wrecked in the Weddell Sea. Fuchs was the geologist in a team which Wordie took to East Greenland in 1929.

Fuchs spent much of the next ten years in Africa. On a Cambridge expedition to East Africa in 1930-31, he studied the geology of several lakes, and he returned with an archaeological expedition in the following season. In 1933 he led his own expedition to Lake Rudolf, and in 1935 he submitted his doctoral thesis on the tectonic geology of the Rift Valley. The Royal Geographical Society's Cuthbert Peek Grant in 1936 encouraged him to investigate geology further south, around Lake Rukwa.

In 1933, he married Joyce Connell, who, as an enthusiastic climber, shared his outdoor interests and travelled with him in East Africa.

Fuchs served in West Africa during 1942-43 but was recalled to attend the Staff College at Camberley, and was then posted to North Western Europe, where he was mentioned in dispatches. He was demobilised as a major in 1946.

The following year he was appointed leader of the Falklands Islands Dependencies Survey (which became the British Antarctic Survey in 1961). It was a job after his own heart - a strenuous, open-air life with a scientific purpose, in the company of a small party of fellow workers as keen and efficient as himself. The team had no mechanised transport and were entirely dependent on dogs. Exceptionally severe ice conditions in 1949-50 kept them in the Antarctic without relief for two seasons.

When Fuchs returned home in 1950 he had proved himself an outstanding polar leader, and he was at once appointed director of the survey's scientific bureau. He also received the Royal Geographical Society's Founder's Gold Medal.

The idea of reviving Shackleton's grand design of a trans-Antarctic crossing first presented itself to Fuchs's mind during the bitter season of 1949-50, when blizzards hampered activity and there was sometimes little to do but to take shelter and plan ahead. With the mechanical transport and air support now available, a scientific programme could be undertaken on such a crossing, and Fuchs was particularly interested in the possibility of carrying seismic equipment to determine the thickness of the Antarctic ice.

The Commonwealth Trans-Antarctic Expedition was divided into two parts. Sir Edmund Hillary was to lead a New Zealand team to establish Scott Base on the Ross Sea, in their own sector of the Antarctic, where the journey was to end. Fuchs was to lead the main party from Shackleton Base on the Weddell Sea to the United States station at the South Pole, and from there to the coast through an area already surveyed by Hillary, and provided with supply dumps. Having scooped the world with news of the conquest of Everest, The Times secured copyright on all press features from the expedition.

Fuchs's qualities of leadership were apparent from the beginning: in his equanimity during the Theron's daunting passage of the ice-bound Weddell Sea in 1956, and in the speed and resolution with which he put ashore his advance party late in the season and in worsening weather. Swift action was vital if enough stores and equipment were to be landed to enable Ken Blaiklock and his team to build the foundations of a base for the expedition's main task in the following year. They had to be landed before the winter ice, already closing in, blocked the Theron's passage home. The survival of the advance party and the accomplishment of their programme, despite the loss of stores in a gale, says much for the skill with which Fuchs had picked his men.

The main party were back in Anarctica in February 1957. An intermediary station was erected at South Ice, 275 miles inland, and on November 24 the crossing was begun in six tracked vehicles with dogs and aircraft in support. Throughout what was to prove one of the "worst journeys in the world", Fuchs maintained absolute discipline and high morale, showing neither depression at delay nor elation at progress. The order in which the cavalcade moved forward never varied: Fuchs was always the leader either in his Sno-Cat, Rock'n'Roll, or in the heavily canvassed areas, probing the way in one of the lighter Weasels.

Meanwhile, the New Zealanders made such good time that Hillary took the controversial decision to press on with his Ferguson tractors beyond the last supply depot to the Pole itself. They reached Amundsen-Scott Base in a spectacular dash on January 4, 1958, while "Bunny's Boys" (as the Americans called them) were still nearly 400 miles away, labouring to make up time lost in the appalling terrain between Shackleton and South Ice.

It remains debatable how far Hillary was entitled to set aside Fuchs's request for him to dig in short of the Pole to await the main crossing party so as to act as their guide for the rest of the way. Later, in the benign atmosphere of a Royal Geographical Society dinner, Fuchs maintained that "the great Antarctic row never existed at all". There was, however, at least a clash of personalities - which was brought into the open by the leaking to the press of radio messages exchanged between the two men.

Hillary had offered some rather high-handed advice to Fuchs to call a halt at the Pole, have the Americans fly him out, and so allow the New Zealanders to return home before winter set in. Perhaps the journey could be resumed in the following season. Fuchs roundly rejected such an idea and declared his intention of carrying on as planned, if necessary without New Zealand help. His men, he said, would "find their own way out". Hillary at once agreed to abide by the original arrangement and the second, longer leg of the journey proved easier than the first. Later, Fuchs paid handsome tribute to Hillary's co-operation. Leaving the Pole on January 24, Fuchs's party completed the first land crossing of the White Continent in 99 days, one fewer than their leader's original estimate. Along the way a substantial scientific programme had been accomplished, including seismic soundings and a gravity traverse.

On his return, Fuchs was knighted, qualified for a clasp to his Polar Medal of 1953, and became one of the very few explorers to whom the Royal Geographical Society has awarded a Special Gold Medal. Many other awards and honours followed.

From 1958 to 1973, he was Director of the British Antarctic Survey, and from his home in Cambridge he exerted a continuing influence on polar affairs. He was President of the British Association for the Advancement of Science in 1971, and in 1974 was elected a Fellow of the Royal Society. He was President of the Royal Geographical Society from 1982 to 1984. He published his autobiography in 1985.

Fuchs's first wife died in 1990, and in the following year he married Mrs Eleanor Honnywill. She survives him with a son and a daughter from his first marriage. Another daughter predeceased him.