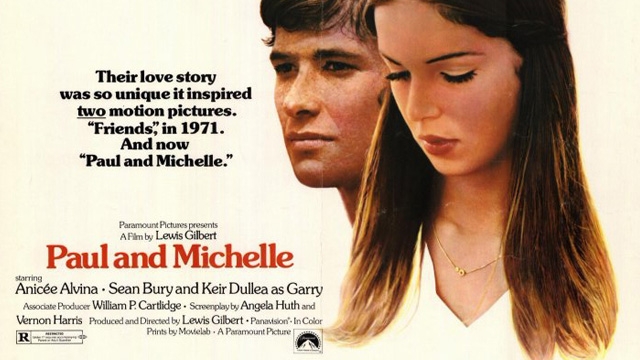 An initially successful career (featuring 1968’s "IF", lead in Lewis Gilbert’s highly acclaimed "Friends" and a starring role in "The Abominable Dr. Phibes" - both 1971) that appeared to last no further than 1977 - unless any OBs know better!

On his role as Paul Harrison in "Friends" (later revived in 1974’s successful sequel "Paul and Michelle"), Sean writes: "It was great fun to make "Friends" and an honour to work with Lewis Gilbert who has continued to make some super films. I shall always remember Lewis's words after the Preview showing... "Sean" he said as he came up to shake my hand, "you have nothing to be ashamed of!" I heaved a sigh of relief - then he added, "But nothing to be proud of either!" Years of dedicated training as a young actor just went down the pan! I now work with people with special needs, the money is terrible but the smiles are the best! I have been lucky enough to see both of these 2 very different worlds. One feeds upon the attention it seeks and the other is just happy being, and getting on with things quietly, but both are exciting, fun and challenge one to do better."

Sean's career seems to have ended with his appearance in James Bond’s "The Spy Who Loved Me" as a crew member on the battleship "HMS Ranger".