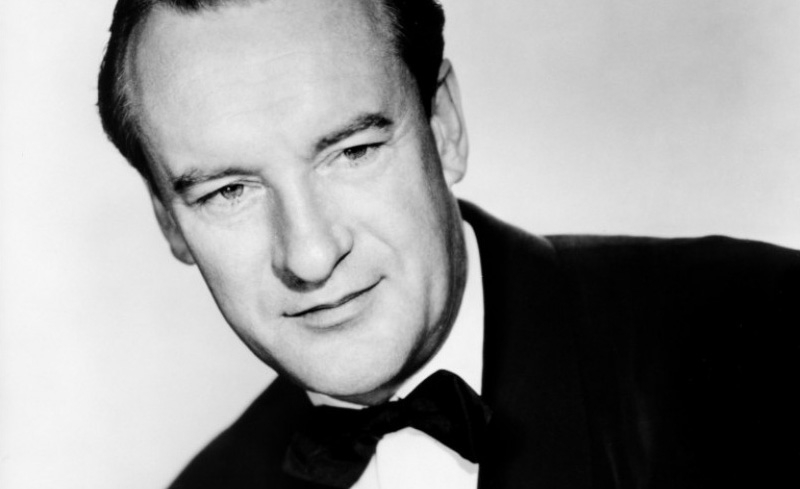 The Sanders family returned to England from Russia during the Russian Revolution with the infant George, who, after studies at Brighton College and Manchester Technical College, went into the textile, then the tobacco business.

He made his stage debut early in the 30s and by the middle of the decade was acting in British films. In 1936 he went to Hollywood, where he soon became an important star, playing both leading men and suave cads.

During WWII he often played Nazis but also starred as the hero of The Saint and The Falcon adventure series. Eventually he managed to terminate his Falcon period by turning the role over to his brother, Tom Conway (D. 1919-22)(D. 1919-22). Sanders played his first meaty part as the cynical hero of THE MOON AND SIXPENCE (1942) and reached another career landmark eight years later as the venomous drama critic in ALL ABOUT EVE (1950), a role for which he won an Academy Award as best supporting actor.

For the most part, however, Sanders appeared in mediocre films and only the force of his cultivated, cynical screen personality kept his roles interesting. In the 60s he appeared mostly in European films. He was married four times. His second wife (1949-57) was Zsa Zsa Gabor; his third (1958-67), Benita Hume; and fourth (briefly in 1970) Zsa Zsa's sister, Magda Gabor. Autobiography: Memoirs of a Professional Cad (1960).

In 1972 his body was found in a Barcelona hotel. He left behind a suicide note in which he mentioned boredom as the main reason for taking his own life, by consuming an overdose of sleeping pills.