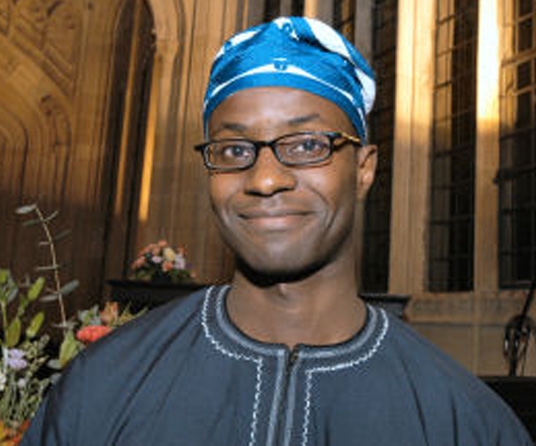 Author and winner of the Caine Prize for African Writing, 2005, Segun Afolabi is the author of the short story collection “A Life Elsewhere” and the novel “Goodbye Lucille”.

Segun Afolabi was born in Kaduna, Nigeria, in 1966, and is the son of a diplomat, James Afolabi (being a writer seems to be a popular career choice for the children of diplomats, like Yann Martel). So, when Segun was about one, the family moved from Lagos to the Congo, then to Canada, East Germany, and Indonesia, interspersed with visits back to Nigeria. Segun attended school in Plateau State for a year, and later went to Corona School in Lagos. When he was 9, Segun was sent to school in England. He studied at Brighton College, and then went to university in Wales, at University College, Cardiff, where he read management studies.

Segun Afolabi won the 2005 Caine Prize for his short story “Monday Morning” (printed in “Wasafiri”, Issue 41, Spring 2004). The $15,000.00 prize was awarded in Oxford’s Bodleian Library. Segun Afolabi’s writing has appeared in several literary magazines, including “The Edinburgh Review”, (“Mrs. Mahmood” in issue 104), “Granta” (a piece called “Gifted” in issue 92, January 2006), “New Welsh Review”, “The Interpreter’s House” (a piece called “New Year” in issue 13, February 2000), “Dream Catcher” (a piece called “Now That I’m Back” in issue 8, Winter 2001), “Salamander” (Vol. 7, No. 2), “Prism International” (issue 43:2, Winter 2005), and “Pretext” (issue 8). His first short story to be published was “Jumbo and Jacinta” a decade ago, in “London Magazine”. Around this time, Segun worked in a London bookshop, and attended creative writing classes at the City Lit Institute, where he was taught by poet and novelist Alison Fell.

Segun Afolabi has previously worked for the BBC, where he was a sub editor on “The Radio Times”, and as an assistant content producer for BBC digital radio. Segun Afolabi will be appearing on BBC Radio 3 "The Verb" on Wednesday 19th April, 9pm. Segun Afolabi lives in London.