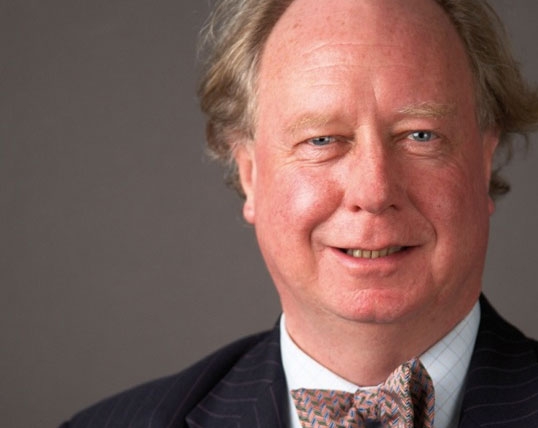 Gavin Henderson CBE (Le. 1960-65), Principal of The Royal Central School of Speech and Drama, grew up in Brighton - where his first work in the theatre comprised holiday jobs backstage at the 'weekly rep' on the Palace Pier, and in pantomime at Wimbledon.

Some years at Art School - first at Brighton, then Kingston and finally as a postgraduate at the Slade School/UCL - were followed by a Goldsmith's travelling scholarship to the USA - returning to the UK to work front of house, and as publicity officer, for the Victoria Theatre, Stoke on Trent. In 1972 he was appointed as Artistic Director of the York Triennial Festival and Mystery Plays, and in 1975 he became Chief Executive of the Philharmonia Orchestra.

In 1979 he moved to Bracknell - establishing the Wilde Theatre and developing the South Hill Park Arts Centre, and then in 1984 he succeeded Sir Ian Hunter as Artistic Director of the Brighton Festival - doing much to expand the Festival's profile as a centre for international theatre and dance. In tandem he directed the Dartington International Summer School, where he succeeded Sir Peter Maxwell Davies as Artistic Director, from 1985 until 2010.

He was Principal of Trinity College of Music from 1994 to 2006 - moving the College to the Old Royal Naval College at Greenwich, and forming the merger with Laban centre for dance. At Trinity he established the Jerwood Library of the Performing Arts, incorporating the Mander & Mitchenson Theatre Collection.

He has been President of the European Festivals Association, and Chairman of the British Arts Festivals Association. He was a founder Council member of Arts Council England, and the longest serving chair of its music panel. He served on Sir Richard Eyre's review of the Royal Opera House, and founded Youth Music (the National Foundation of Youth Music), the first and only delegate distributor of Lottery Funds, which he chaired for some eight years.